Attorney General Curtis Hill is asking the U.S. Supreme Court to rule on the constitutionality of a 2017 anti-abortion law.

If a girl under 18 in Indiana doesn’t or can’t get consent for an abortion from her parents, she can go to court to bypass that requirement. The 2017 state law said a judge will decide if the parents are informed of that hearing.

A federal district court blocked parts of the law from taking effect in 2017, and a three-judge panel of a federal appeals court affirmed that decision in August. The same appeals court declined the state’s petition for a rehearing, and in an opinion one judge said the U.S. Supreme Court was the “only institution that can give an authoritative answer” on the law.

That’s why Attorney General Hill says he is asking the U.S. Supreme Court to decide on the lawsuit.

Tags:abortion
At WFYI, our goal is to cover stories that matter to you. Our reporting is rooted in facts. It considers all perspectives and is available to everyone. We don't have paywalls, but we do need support. So if unbiased, trusted journalism is important to you, please join us. Donate now.

A federal judge is forcing Indiana to count all mail-in ballots that are postmarked by Election Day, Nov. 3, as long as they arrive to county clerks by Nov. 13.
Read More 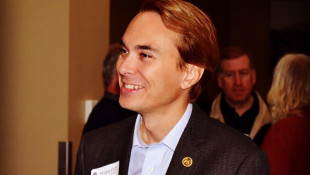