A new statewide campaign to address stigma associated with mental illness and substance use disorders launched Monday. The "Stigma Never Helps" campaign is designed to break down barriers to treatment.

The Indiana Recovery Council developed an awareness campaign to change the way we talk about mental illness and substance use disorders. Chairman David Berman says a language change could be the difference between someone getting treatment and not. The organization reports only 19 percent of people with mental health and substance use disorders who need treatment access it.

“We would never say Jane is cancer – she has cancer," Berman says. "So, why would we do the same thing with mental health and substance use disorders?”

Berman says changing that language can turn into changing how we interact with people with mental health and substance use disorders.

“So if someone has cancer, everybody comes over with a plate of cookies or cake or a casserole. Yet if somebody has schizophrenia – nobody shows up. In fact, they’re shunned,” Berman says.

Suggested language changes include the move from committed suicide to died by suicide.

The Indiana Recovery Council created educational materials for statewide partners. Berman says it will also promote the campaign at conferences across the state this summer.

Tags:mental healthIndiana Recovery Alliance
At WFYI, our goal is to cover stories that matter to you. Our reporting is rooted in facts. It considers all perspectives and is available to everyone. We don't have paywalls, but we do need support. So if unbiased, trusted journalism is important to you, please join us. Donate now. 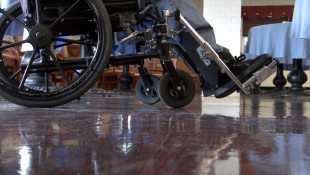