Eli Lilly says that partial results from a study testing an antibody drug give hints that it may help mild to moderately ill COVID-19 patients from needing to be hospitalized, a goal no current coronavirus medicine has been able to meet.

The Indianapolis-based drug company announced the results Wednesday in a press release, but they have not been published or reviewed by independent scientists.

The drug missed the study’s main goal of reducing the amount of virus patients had after 11 days, except at the middle of three doses being tested. However, most study participants, even those given a placebo treatment, had cleared the virus by then, so that time point now seems too late to judge that potential benefit, the company said.

Other tests suggest the drug was reducing virus sooner, and the results are an encouraging “proof of principle” as this and other studies continue, Lilly said.

The company said it would talk with regulators about possible next steps but that it was too soon to speculate on whether these interim results might lead to any action to allow early use.

“I’m strongly encouraged” by the results, said Dr. Myron Cohen, a University of North Carolina virologist. He had no role in the Lilly study but helps direct antibody studies for a public-private research group the federal government formed to speed testing of these drugs.

“This seems to demonstrate what we thought” — that such drugs would give a benefit, he said.

Antibodies are proteins the body makes when an infection occurs; they attach to a virus and help it be eliminated. The blood of survivors is being tested as a treatment for COVID-19 patients because it contains such antibodies, but the strength and types of antibodies varies depending on each donor, and doing this on a large scale is impractical.

The drugs that Lilly and other companies are testing are concentrated versions of specific antibodies that worked best against the coronavirus in lab and animal tests, and can be made in large, standardized doses.

They are being tested to treat newly diagnosed COVID-19 patients in hope of preventing serious disease or death, and to try to prevent infection in people at high risk of that such as nursing home residents and health workers.

Wednesday’s results come from 450 people in a mid-stage study testing an antibody jointly developed by Indianapolis-based Lilly and the Canadian company AbCellera in people with COVID-19 symptoms not severe enough to warrant hospitalization. The drug is given once through an IV and was tested at three doses. Neither the patients nor their doctors knew which patients received the drug or placebo infusions.

Hospitalization or ER visits occurred in 1.7 percent, or five of 302 patients given the drug and 6 percent or nine of 150 of those given placebo. The company did not disclose whether those results met scientific tests to rule out that they could have occurred by chance alone.

The difference seems large enough to suggest a true benefit and the result is “promising” even though the study missed its main goal, said Dr. Peter Bach, a health policy expert at Memorial Sloan Kettering Cancer Center in New York with no role in the study.

The study will continue to test the antibody drug in combination with another from a Chinese company, Junshi Biosciences. Three late-stage studies of it also are underway, including two sponsored by the U.S. National Institutes of Health.

Lilly has already started manufacturing its antibody drug, hoping to have hundreds of thousands of doses ready by fall if studies give positive results.

Another company that developed an antibody drug cocktail against Ebola — Regeneron Pharmaceuticals Inc. — now is testing a two-antibody drug for coronavirus.

Marilynn Marchione can be followed on Twitter at @MMarchioneAP

The Associated Press Health and Science Department receives support from the Howard Hughes Medical Institute’s Department of Science Education. The AP is solely responsible for all content.

Tags:coronavirusCOVID-19Eli Lilly and Co.
Support independent journalism today. You rely on WFYI to stay informed, and we depend on you to make our work possible. Donate to power our nonprofit reporting today. Give now. 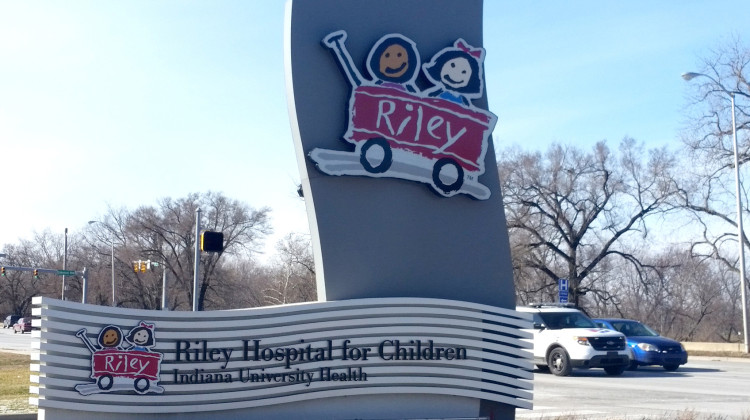 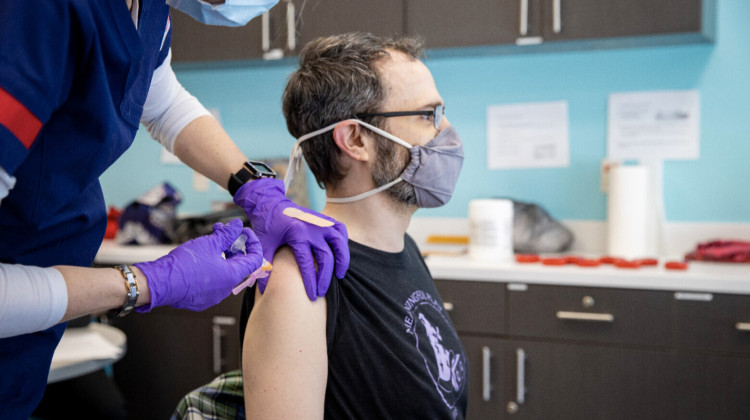