Teens Are Having Sex And Being Assaulted. So Why Aren't Schools Teaching About Consent?

The eighth graders who dashed around the classroom sounded like parrots in a pet store. The students asked each other the same question over and over.

None of the students wore hats. Instead, they clutched slips of paper printed with images of colored hats. When asked for their hat, the student made a choice. They could say “no” and walk away, or they could say “yes” and hand the paper hat to their classmate. Then the game started all over again.

“Even if a person says yes one time, it doesn’t mean they’re saying yes every single time,” teacher Haileigh Huggins shouted over the students.

The activity wasn’t about trading hats. It was about understanding consent. The students who asked each other for their hats were in a week-long course about healthy relationships at Paul Hadley Middle School in Mooresville, just south of Indianapolis.

Huggins is a teacher with LifeSmart Youth. The Indianapolis-based organization brings health education on topics like bullying and teen pregnancy prevention to schools across the state of Indiana.

LifeSmart has taught the healthy relationships course to eighth graders for four years, and for the first time, the program has a wait list for interested schools.

That could have something to do, Tonja Eagan, CEO of LifeSmart Youth said, with the rise in media attention to issues about consent as part of the #MeToo movement, in which more women and men are sharing stories of sexual assault.

As Christine Blasey Ford’s testimony against U.S. Supreme Court justice Brett Kavanaugh showed, reports of sexual misconduct don’t just happen on college campuses and between Hollywood stars. The idea of consent is just as important at a high school party. Blasey Ford accused Kavanaugh of sexual assault when the two were teens. 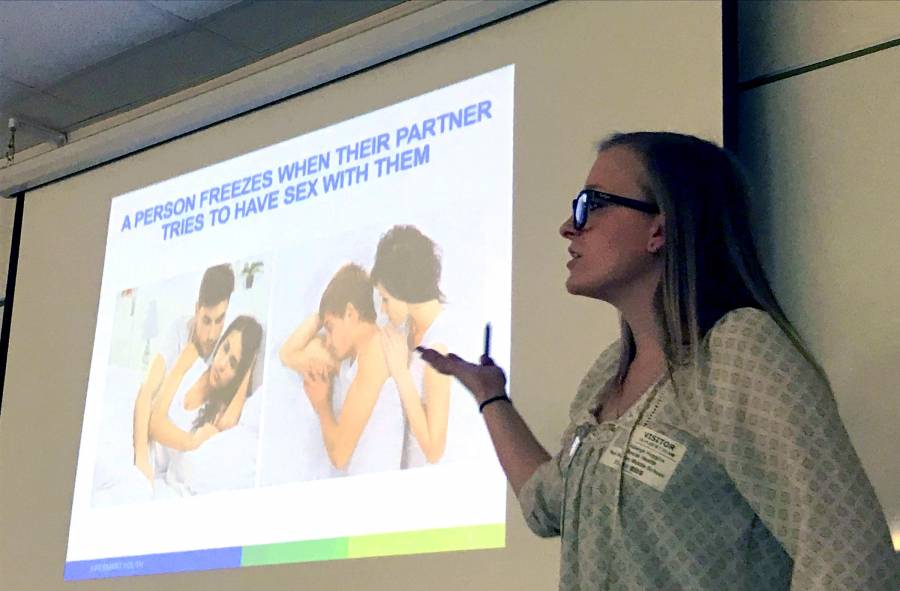 After days learning about the disadvantages of digital-only communication and how to spot abusive dating behaviors, Huggins started her last lesson with the students with a question -- “How many of you have ever heard of consent?”

“Consent really just means to give permission,” Huggins said. “When it comes to sex, consent is important.”

Huggins meant “enthusiastic, sober” consent, or when a person not under the influence of drugs or alcohol gives permission for sexual activity to happen with an equally eager partner. Like when one student asks another for their hat, and they happily hand it over.

It’s a definition around 300 Paul Hadley students, and close to 1,500 others statewide, will learn through LifeSmart programming this school year, according to Eagan.

Consent education, however, isn’t taught in all Indiana classrooms, or in many classrooms across the country.

That sample included the Midwest states of Ohio and Kentucky. The researchers did not evaluate Indiana, which does not mandate sex education or require consent be taught as part of health education.

A law enacted this year in Illinois added requirements to include consent in sex education materials. A similar law passed in Missouri, where schools have the option of teaching sex education. The schools that do teach sex ed will have to include topics of consent.

Researchers found, instead, the focus on consent education happens in college, where the latest data from the U.S. Department of Education’s It’s On Us campaign shows 20 percent of women and 13 percent of men will experience sexual assault.

Malachi Willis, a graduate researcher at the University of Arkansas and an author of the study on consent education, said there is an obvious problem with waiting until college to first teach young people about consent.

“That’s ... years of trial and error trying to figure out what consent means to them what it means to each of their partners,” Willis said.

And in many cases, sex isn’t consensual for these young people. The Indiana Youth Institute’s 2018 Kids Count Databook reported one in 10 Indiana high school students was physically forced to have sex.

In 2015, the most recent year data is available, the Hoosier state was ranked second worst in the nation for forced sexual intercourse among high school females, with one in six girls being victims of a sexual assault before turning 18.

John Parrish-Sprowl directs the Global Health Communication Center at Indiana University-Purdue University Indianapolis. He used that 2015 data to create a report for Indiana lawmakers on the prevalence of underreporting adolescent sexual assault.

Parrish-Sprowl found that about 30 percent of youth sexual assaults reported in Indiana involved a perpetrator who lived in the victim’s home. That would make school the logical place where a student could report the assault to a trusted adult, he said.

However, in surveying Indiana teachers, Parrish-Sprowl found educators didn’t know how to discuss this issue of abuse with their students. Teachers also didn’t understand how they should get students who experience assault connected to support and resources.

“In the place that we might most be able to have an adolescent report, we’re not really equipping people with the requisite skills to be able to be that transition person that can help (students) connect to the services of the agencies and the professionals who can really do something for them,” Parrish-Sprowl said.

Without an easy path to get help, young people traumatized by sexual assault are likely to face health complications, Parrish-Sprowl said. There are the immediate health issues associated with the forced sex itself, like risk of pregnancy or sexually transmitted infections.

“A lot of times when a person manifests a problem down the road, we don’t necessarily associate it with that sexual assault because maybe it was unreported,” Parrish-Sprowl said. “But that trauma may have been a particularly important trigger moment for the health issue that happens."

Room For Consent In Health Education

Willis said he and his fellow researchers wanted to find ways to bring consent education into the classroom that don’t involve the legislative process, which can take a long time.

What they found was that health education materials in many states could easily fit lessons on consent into topics teachers already cover. Themes of communication, decision making, personal space and relationships were ubiquitous in the health education classes students took between kindergarten and 12th grade, according to the study in the journal Sex Education. Consent, Willis said, factors into all these ideas.

In the Paul Hadley Middle School classroom, for example, LifeSmart Youth teacher Huggins weaved consent into the concepts students learned earlier in their healthy relationships course. Students were taught healthy relationships are unconditional, and partners don’t require each other to compromise their values.

But some conditions in relationships keep partners safe and healthy, such as a girlfriend telling her boyfriend they can only have sex if he consents to use contraception.

The class discussed how many students prefer texting to talking on the phone, and how that can lead to miscommunication. Another phrase to describe miscommunication when it comes to sex, Huggins said, is mixed signals.

She gave several examples: If someone wears a sexy outfit on a date, does that mean they want to have sex? If two people go into a bedroom and close the door, is that consent? What if the couple has had sex before?

“Just because they’re lying in a bed, does that mean they’re expected to have sex?” Huggins asked the class.

“No,” one eighth grader replied.

The last year of middle school is the perfect time for students to start thinking about consent, said Eagan of LifeSmart Youth. The start of high school is a vulnerable time for sexual assault, as many students will soon start their first romantic relationships.

“In order to change that for the next generation, we should start teaching consent earlier on,” she said.

Tags:sex educationconsentteen sex
Support independent journalism today. You rely on WFYI to stay informed, and we depend on you to make our work possible. Donate to power our nonprofit reporting today. Give now. 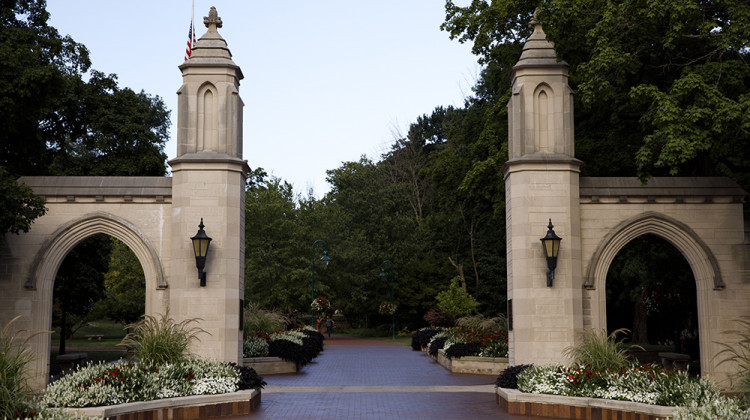