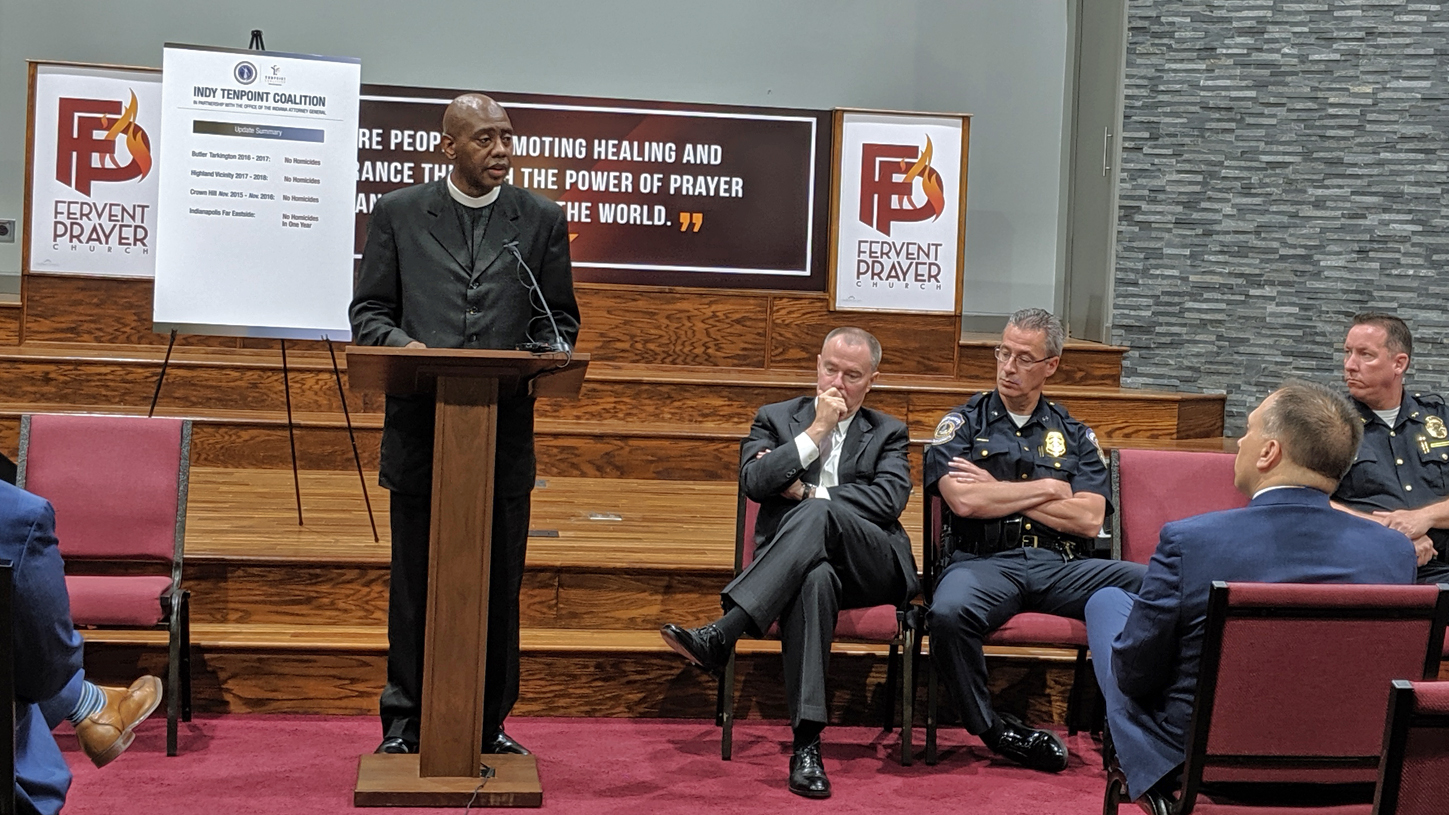 Indianapolis Ten Point Coalition President Charles Harrison says more work is needed, around the city and across the state, and says the group can’t do it alone. (Drew Daudelin/WFYI)

An anti-violence group in Indianapolis on Monday celebrated a year without homicides in a far east side neighborhood.

The state attorney general’s office invested $500,000 to help Ten Point expand about a year ago, and the group says its work in the far east side helped reduce violent crime there. But President Charles Harrison says more work is needed, around the city and across the state, and says Ten Point can’t do it alone.

“There’s a lot of groups out there doing a lot of good things, but the problem is we’re not doing it together,” Harrison says.

Harrison says for these groups to be effective, they need support from the broader community. He says Ten Point is willing to train groups on the community work they do in Indianapolis.

He also says if groups form collaborative partnerships with Ten Point and others around them, it increases their chance to get funding from an outside source.

"This is a proven model that works," Harrison says. "If they use this model, I think they will find support across the city from the philanthropic community, the business community and a lot of churches."

There have been some questions raised in recent years about Ten Point's role in the city's efforts to curb violent crime, its political affiliations, and about how the group connects local declines in crime to its own interventions. The group's leaders maintain that their impact is sometimes intangible, and difficult to chart on a graph.

Roach says it's crucial that the group's volunteers have deep ties to the communities where they work.

Mayor Joe Hogsett spoke at the event to thank Ten Point for its service, a little over one month after two city employees sparked controversy for criticizing the group on social media. Hogsett’s Republican opponent in the upcoming election, Jim Merritt, was also in attendance.

Tags:Charles Harrisoncrimefar east sideIndianapolis Ten Point CoalitionJim MerrittJoe HogsettBryan Roach
Support independent journalism today. You rely on WFYI to stay informed, and we depend on you to make our work possible. Donate to power our nonprofit reporting today. Give now.