The first new abortion ban passed by a state legislature since the overturning of Roe v. Wade this summer is set to take effect Thursday in Indiana.

Indiana Gov. Eric Holcomb, a Republican, issued a statement soon after lawmakers approved the bill saying he was signing it into law as part of a promise he'd made "to support legislation that made progress in protecting life." Holcomb said the law includes "carefully negotiated exceptions to address some of the unthinkable circumstances a woman or unborn child might face."

Reproductive rights groups including the ACLU, Planned Parenthood, and others are challenging Indiana's law in state court. A hearing in that case is set for Sept. 19, four days after the law's effective date.

For now, abortion providers in the state will not be able to offer the procedure in most situations. In a statement, Whole Woman's Health of South Bend said it would be forced to stop providing abortions but would continue operating its clinic there to provide "support to all who seek abortion services, and to continue its activism and organizing to roll back cruel, unjust anti-abortion laws."

The group also noted that affiliates in other several other states, including neighboring Illinois, will continue to offer medication abortion where the pills are legal and to help patients travel for abortions.

The ban will affect patients well beyond Indiana, said Tamarra Wieder, the state director for Planned Parenthood in neighboring Kentucky, where there is currently no abortion access as a result of two anti-abortion laws that took effect after the Supreme Court issued Dobbs v. Jackson Women's Health Organization in June. That ruling did away with decades of precedent guaranteeing abortion rights and opened the door for states to prohibit the procedure.

Wieder said Indiana has been the next-closest option for most of her patients seeking abortions. Many will now have to travel to Illinois.

Indiana became a center of controversy surrounding abortion rights in the days after the Dobbs decision after Dr. Caitlin Bernard, an Indiana OBGYN, spoke out about providing an abortion to a 10-year-old girl from Ohio who'd become pregnant as a result of rape. The girl was denied an abortion after her home state's so-called "trigger ban," which does not include a rape exception, took effect because of the ruling.

In response, Indiana's Republican attorney general, Todd Rokita, questioned Bernard's credibility and threatened to investigate her, publicly suggesting without evidence that she'd failed to report the procedure. The state later released documents confirming that Bernard had filed the report. Bernard said she faced threats and other forms of harassment in the aftermath of the attention surrounding the case.

Indiana's law is taking effect as West Virginia moves closer to enacting its own new abortion ban. After failing to agree on a bill during multiple special sessions in recent weeks, West Virginia lawmakers approved a proposal in a brief special session on Tuesday. It prohibits most abortions, with a few exceptions for cases of rape, incest, and certain medical complications and would become law as soon as Gov. Jim Justice signs it. 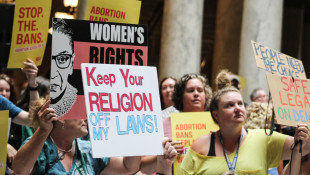 Indiana lawmakers passed a near-total abortion ban on Aug. 5, which Gov. Eric Holcomb signed into law quickly after. The ACLU and several abortion care providers are challenging the new law in court, but unless it is halted, the ban will take effect Sept. 15. 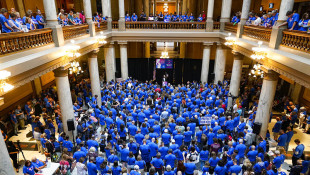 An Indiana judge won't hear arguments until next week on a lawsuit seeking to block the state's abortion ban, leaving that new law set to take effect on Thursday. 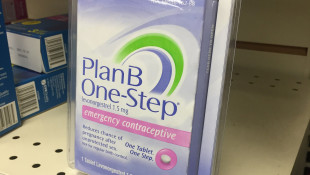 Will Indiana’s abortion law affect emergency contraception like Plan B?

Indiana's abortion law is set to go into effect on Thursday Sept. 15. While it bans abortion in almost all cases, it does not include explicit language discussing contraceptives or morning-after pills, like Plan B.