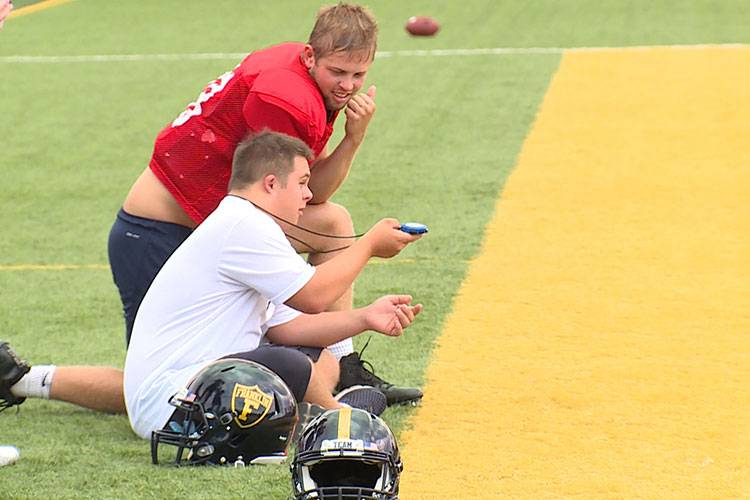 Emry Himes talks with a player during the team's practice. (Steve Burns/WFIU-WTIU News)

During a typical evening practice on the Franklin College football field, a new coach stands on the sidelines, talking to players and using a stopwatch to time their routes. But new plays and strategies aren't what Emry Himes brings to the table as a coach.

Emry has Down syndrome. He’s a graduate of the Franklin College program INSPIRE, where he took classes with other students.

Emry has always been a huge supporter of the football team, so head coach Mike Leonard brought him on board as a volunteer coach. But Leonard says Emry has become so much more.

"I know it’s great for our guys as well," Leonard says. "This is more of a selfish thing. As opposed to us helping him out, this is more about him helping us out." 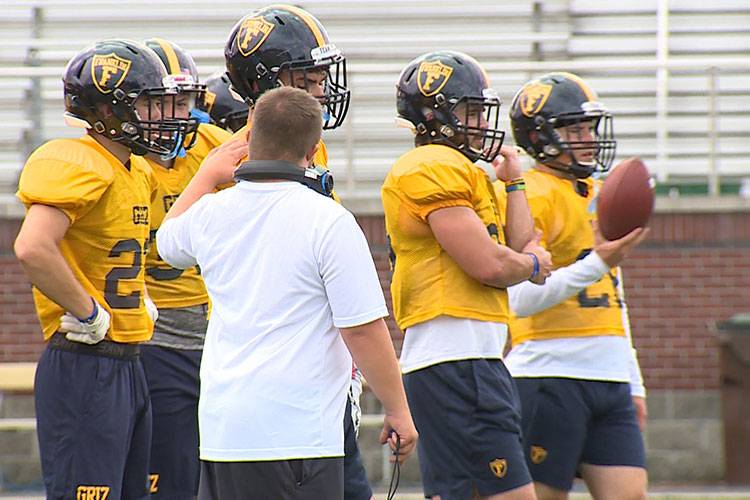 Leonard says Emry brings an unconditional love to the team, and he hopes it teaches players that there’s more to the game than winning; it’s about people.

The message is already sinking in as players prepare for their first home game Saturday.

"If something bad happens out on the field and some of us are down, having him on the sideline, just to see it and to know that he’s having a great time really brings it back down to earth that this is a game, and that we’re out here to have fun," says defensive lineman Zak Prater.

Emry, or coach E, tells the group they're a good team and to be a good team at their first game. He'll be right there on the sidelines, cheering them on.

"I will be on the Saturday game, and I want to be a good team player," Emry says. 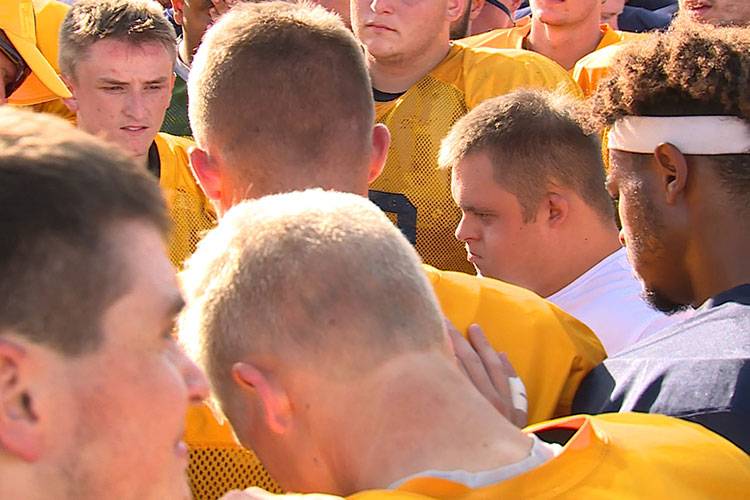 The team kicks off their season at home on Saturday. (Steve Burns/WFIU-WTIU News)

A group of players closes out practice with a salute to their most supportive coach and their biggest fan.

Franklin College opened the season with a 55-38 win over Benedictine University (Illinois) at home on Saturday.

Tags:INSPIREFranklin College
Support independent journalism today. You rely on WFYI to stay informed, and we depend on you to make our work possible. Donate to power our nonprofit reporting today. Give now.