'Truly A Crisis': Teachers Say Pay Only One Part Of Addressing State Shortage

A new report from a group of educators and advocates says the state needs to invest millions of dollars to fully address issues with teacher pay, and has recommended action they say is vital to reducing Indiana’s teacher shortage.

Lawmakers have touted teacher pay as one of the state’s top priorities this year, especially to get more of them in classrooms across Indiana.

But educators and advocates for the profession of teaching say to solve the state’s shortage, pay is only one part of the equation. The report recommends that policymakers create more ways for teachers to advance their careers in classrooms, not as administrators.

Indianapolis Public Schools parent LaToya Tahirou says high turnover needs to change, because a stable classroom environment can have a major impact, including on her own children.

Tindley Summit Academy Principal David McGuire says it’s critical to support teachers, because they can then offer more support to their students. But social and emotional supports for students are key to improving learning outcomes too.

“Regardless of the great teachers you have and the great curriculum, if they have situations at home that aren’t being addressed and aren’t being supported then those can impact their education as well,” he says.

There are legislative proposals related to all three recommendations moving through the General Assembly; the House approved legislation focused on teacher career ladders last week.

Tags:2019 legislative sessionteacher payteacher shortage
Support independent journalism today. You rely on WFYI to stay informed, and we depend on you to make our work possible. Donate to power our nonprofit reporting today. Give now. 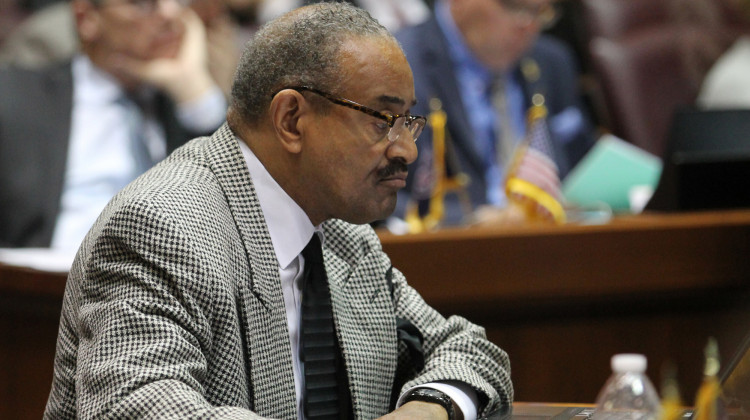 Senate Bill 205 allows people 26 and older with a bachelor's degree to get a teaching license after they finish an alternative training program and pass a state licensing exam.
Read More