Two-time Formula 1 champion Fernando Alonso passed his rookie orientation program at the Indianapolis Motor Speedway Wednesday, clearing the way for him to compete in the Indianapolis 500 later this month.

The 35-year old Spanish driver had never driven an Indy Car or completed a single lap on an oval race course before his test session; but he took to it quickly, completing the orientation requirements in just over an hour of track time.

Alonso had prepared the day before in a racing simulator, but he admitted that the real life experience of approaching turn one -- and its wall -- at speeds over 220 mph required a little more fortitude.

"I arrived to turn one, and I was convinced 100 percent that I was doing flatout," Alonso said. "But the foot was not flatout. It had it's own life."

By the second or third lap, he said, his mind and his foot were connected again and he was able to enter the corners with the gas pedal pressed to the floor of his McLaren Honda.

In all, Alonso completed 110 laps during the test and hit a top speed of 222 mph.  He said he had a good feeling during this first step to competing in the Indianapolis 500.

Alonso will skip the Monaco Grand Prix to race in the Indy 500. He’s the first Formula 1 driver to do so since Jim Clark in 1965. 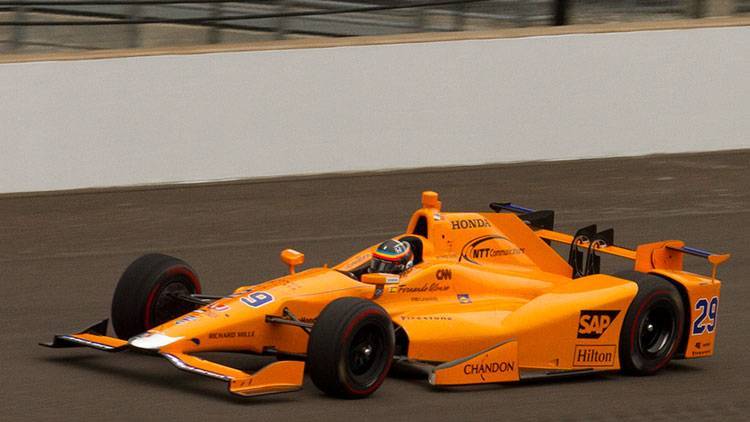 Tags:Indianapolis Motor SpeedwayIndianapolis 500Fernando Alonso
Support independent journalism today. You rely on WFYI to stay informed, and we depend on you to make our work possible. Donate to power our nonprofit reporting today. Give now.