Museum Executive Director Sarah Halter said IMPD started as a partner in the effort to turn the land into a memorial garden but is now unsure what will happen next because IMPD has yet to guarantee the land will be publicly accessible.

Halter spoke with WFYI News' Taylor Bennett about the situation. Hear the radio version at the audio link, and read on for a longer transcript of the interview

Taylor Bennett, WFYI Reporter and Newscaster: Give us a little bit, just a quick summary, of what you guys were doing out there.

Sarah Halter, Medical History Museum Executive Director: We were looking for community partners to help with landscaping. And the mounted horse patrol was a partner. And they were kind of occupying the land, city-owned property, but the horse patrol was occupying the land. And we were working with them to ensure that this was going to remain open as a publicly accessible community greenspace. So, you know, landscaped and with a memorial for the patients and actually marking each of the graves.

So back in August, with their approval, we started the GPS works, we were using ground penetrating radar with the archaeologists at Ball State University, to actually locate the individual burials, and to determine the sort of the boundaries of the cemetery. And that's when everything sort of started to fall apart. So we're not sure what the future holds for this project. We're still working to identify these patients and to tell their story and to interpret the site. But we no longer have assurances from IMPD that this will be a publicly accessible site. And we don't have assurances that they will not continue to dig as they have been the last few weeks.

Bennett: So why was IMPD out there digging, as far as, what were they doing?

The place where K-9 chose to build butts up right against the cemetery. And we reminded them [about the] cemeteries there. They began digging anyway. They needed to connect a waterline.
So they started digging a trench through the area that we had identified as the cemetery, knowing that the GPS analysis would be available and would show where there are graves so they could avoid them. They didn't wait for that. They didn't have anyone qualified on site to stop the digging, if there were evidence of burials that they were hitting.

And so three individuals ended up in their backfill pile before they stopped work, and alerted DNR to this, but it didn't end there.

So that archaeologist came in and began exhuming bodies that were in the path of the slaughter line. They were, you know, they retrieved the material from the backfill pile, and they examined 10 other individuals, so a total of 13 people. And those will be reinterred elsewhere.

But in the meantime, the digging continued, this time underground where it wasn't visible from the surface. So, through again, through the cemetery, they began directional digging to run gas and electrical lines. So damaging. Who knows how many more graves, you know, without any visible evidence of it.

Bennett: Was there no communication?

Halter: No, that's what surprised us the most. You know, both of these groups, the horse patrol and K-9, were supposed to have been, you know, partners on this project. And we knew nothing about it until we saw them out there digging. One of my colleagues went over to just kind of find out what was going on. And they were told by the construction crew, when they began construction on the building, they were told that nobody had ever mentioned to them that there was a cemetery nearby much less that they were encroaching on one.

Bennett: So what's what's going to be the plan now?

Halter: I don't know. Um, you know, we'd love to work with IMPD. And the city property, again, is owned by the Department of Metropolitan development. So we'd like to work with both of them to just, you know, protect the cemetery to ensure this doesn't happen again, and to ensure that the individuals who were exempt are properly reinterred in a way that is respectful and transparent. But as of a few weeks ago, IMPD no longer communicates with us at all.

Since all this happened, they’ve been really kind of secretive about what they're doing. We don't know where they stand.

You know, we're continuing our work to kind of re-humanize these patients, to give them back a dignity and a voice that they didn't have in life. But as far as what that looks like out in the cemetery, we just we just don't know at this point. They've not been in touch with us at all. They don't return our calls.

Bennett: Alright, thanks for your time, I appreciate it.

WFYI asked IMPD for a comment for this report and received the following statement:

IMPD contractors began construction of the IMPD K9 Training Facility in August 2020 based on plans reviewed and approved by the Department of Business and Neighborhood Services and Department of Metropolitan Development and protocols established by the Indiana Department of Natural Resources for the handling of archaeological discoveries.

In October, contractors halted construction and immediately notified IMPD and DNR upon the discovery of human remains during the installation of a water main. As specified by the DNR plan, contractors consulted with an archaeologist prior to recommencing work, and the archaeologist will remain onsite for the remainder of the project.

IMPD will continue working with its contractor, the onsite archeologist, city departments, and state officials to ensure these individuals receive the appropriate and respectful resting place they deserve.

Tags:IMPDIndiana Medical History Museum
Support independent journalism today. You rely on WFYI to stay informed, and we depend on you to make our work possible. Donate to power our nonprofit reporting today. Give now. 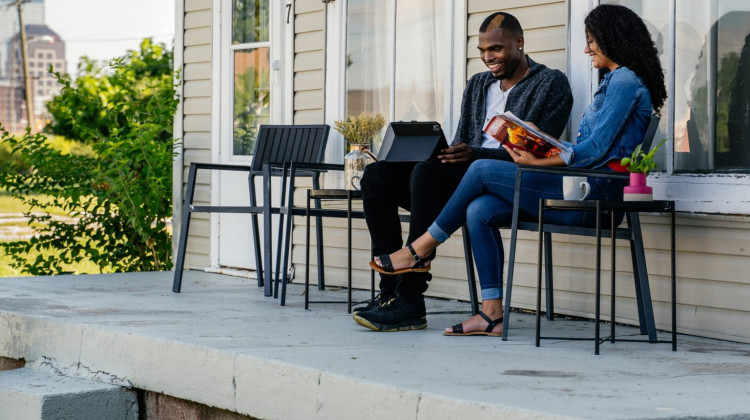 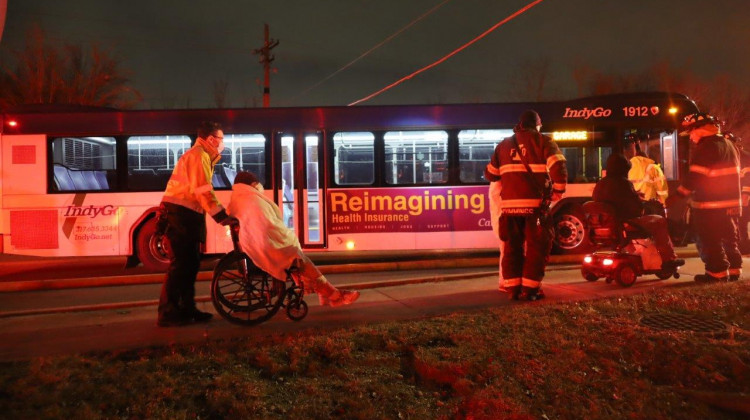 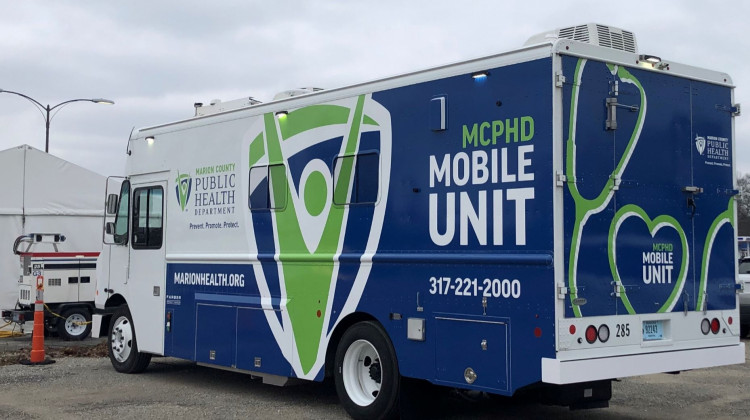