U.S. farmers hurt by President Donald Trump’s trade war could be receiving up to $12 billion in economic relief the U.S. Department of Agriculture announced Tuesday.

The department would manage the assistance program helping farmers who have taken a financial hit from the trade war.

“This is a short-term solution to allow President Trump time to work on long-term trade deals to benefit agriculture and the entire U.S. economy,” said U.S. Secretary of Agriculture Sonny Perdue in a press release.

“You’re looking at over a hundred different commodities that have been effected by the tariff,” White says. “We’re talking about Washington cherries, California almonds, it’s not just Indiana corn and soybeans and pork. You got a very broad spectrum of commodities that have been affected and how are they going to do that, USDA going to do that equitably to people who have lost money.”

Soybean prices fell earlier this month, to their lowest point since 2009, as markets feared the effects of the tariffs. In the last 60 days some Hoosier farmers have lost $200,000 in crop value due to market prices taking a dip, which White fears could lead to further consolidation of farms in 2019.

White sees the government bailout is only a temporary bandage.

“It’ll put some faith out there maybe that a few farmers who basically may not basically survive, into farm in 2019, it’ll help them along to farm another year basically, but then net year at this time are we gonna do the same thing,” says White. “It’s a short term fix for a long term problem.”

The $12 billion will be used to fund three programs including a payment to producers to cover lost profits, the government purchasing products for food banks and nutrition programs and using funds to develop the foreign market for commodities impacted.

White believes the money is likely to be siphoned from other U.S. Department of Agriculture line items.

White hopes the larger issue, the trade war, is addressed and resolved.

“I think farmers fully understand what going on with China and the intellectual property, however let’s don’t fight all four wars at the same time,” says White.

Tags:AgricultureUSDAtarriffstrade warsoybeansIndiana Farm Bureau
Support independent journalism today. You rely on WFYI to stay informed, and we depend on you to make our work possible. Donate to power our nonprofit reporting today. Give now. 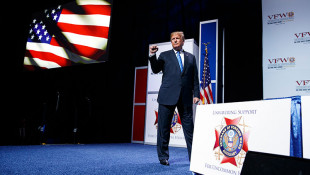