INDIANAPOLIS -- When Lynn Long was growing up in Texas, she dreamed of being a singer or an actress. Little did she know she’d become a soldier.

The economic benefit of joining the Army Reserve – monthly stipends for college and a bonus – appealed to then college student. Now a sergeant, Long says it’s been a positive, life-changing commitment.

“I’m a loner. I’m an introvert. I didn’t know really what it meant to go someplace where you’re in harm’s way and trust someone else with your life. And be aware that they trust you," Long said. "They have that exact same trust in you.”

Long, with the 310th Sustainment Command, was deployed to Africa to help on a humanitarian mission and received a Joint Service Achievement Medal.

What do veterans need to hear from the community on Veteran’s Day?

“Thank you is more than enough," Long said. "We are very humbled by thank you.”

A Time Of Rememberance

When Edward Simpson was 18 – he was living in Chicago and says he lacked a purpose in life. Then one day an Army Reserve recruiter got ahold of him on the phone and convinced him to join.

That was 30 years ago. Today, Simpson is a Command Sgt. Major with the Army Reserve and a civilian employee of the Army Reserve. He’s with the 310th Sustainment Command based here in Indianapolis.

Simpson says Veteran’s Day to him is a time of remembrance. And one specific memory comes to mind.

"I remember being on the front porch, watching my uncle come home, walking down the street in his class “A” uniform coming from Vietnam," Simpson said. "At that age, maybe 6 or 7, I wanna say it’s probably the first real memory I have of him because he had been gone for a couple of years. And so I didn’t really remember him. But when I think of Veteran’s Day, I think of that moment.”

Listen to the entire conversation

Tags:IndianapolisU.S. ArmyVeterans DayArmy Reserve
At WFYI, our goal is to cover stories that matter to you. Our reporting is rooted in facts. It considers all perspectives and is available to everyone. We don't have paywalls, but we do need support. So if unbiased, trusted journalism is important to you, please join us. Donate now. 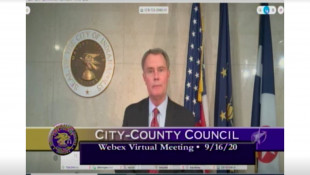 The final round of federal CARES Act funding will be distributed in Indianapolis.
Read More 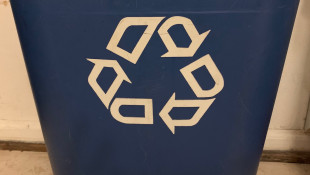 A Commission on Environmental Sustainability heard presentations Tuesday night about the current and future state of recycling.
Read More 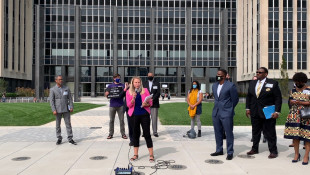 Representatives from Faith in Indiana gathered at the City-Council Building in Indianapolis Monday to voice support for a new proposal that would update governance of the city's police department.
Read More