Teachers at Westlane Middle School in Washington Township rallied this morning in a last minute push to convince lawmakers to raise teacher salaries.

Outside the middle school union leader Amber Seibert chanted on a megaphone.

"What are you willing to do for public education?" Seibert called.

"Whatever it takes," the 40 teachers yelled back.

President of the school’s teachers union Sabra Gage says the Red for Ed rally comes as a final push during the last week of the legislative session.

Teachers across the district also plan to rally at the Washington Township school board meeting Wednesday.

A bill to provide state funding towards teacher firearm training is expected to head to conference committee Monday afternoon.

This story has been updated to reflect that the Indiana State Teacher's Association is asking for $1.3 billion of funding towards public education not $1.3 million. 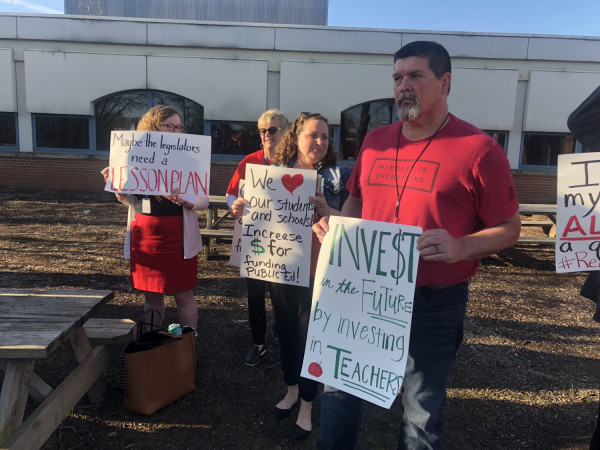 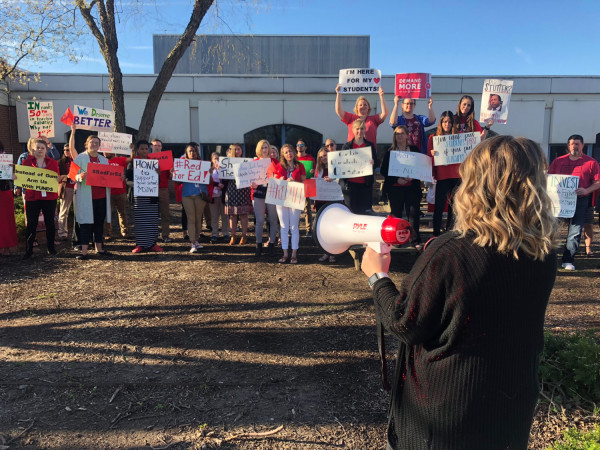 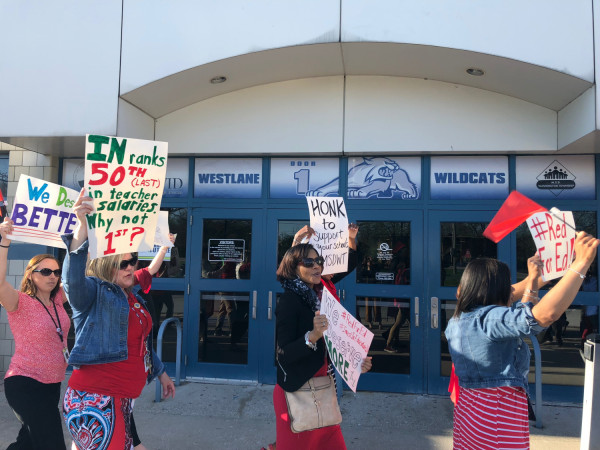 Tags:MSD of Washington TownshipRed for Edschool boardteacher firearm trainingwashington townshipteacher pay
Support independent journalism today. You rely on WFYI to stay informed, and we depend on you to make our work possible. Donate to power our nonprofit reporting today. Give now.