Here’s what you might have missed this week at the Statehouse.

The latest veto override puts into law a measure that allows the General Assembly to call itself into special session during a public emergency, giving legislators more power to intervene in the governor’s decisions in times of crisis.

The measure, HB 1123, stems in part from many lawmakers’ frustration with Holcomb’s executive orders during the COVID-19 pandemic. The governor says the legislation is unconstitutional.

Indiana’s new, two-year, $36 billion state budget is headed for its final negotiation phase after the Senate approved its version of the spending plan Tuesday.

The Senate budget proposal spends more on K-12 education overall than its House counterpart. And it focuses more of those dollars on students living in poverty and less on private school vouchers than the House version.

High school courses in areas including cosmetology and culinary arts will keep their state funding in a version of the budget approved by the Senate after language that would’ve cut their funding was removed from the current budget bill.

An updated forecast of state tax revenues projects Indiana will collect about $2 billion more in the next budget cycle than previously predicted. Lawmakers will take the next week deciding how to spend that money in the new state budget.

Some physicians say HB 1577, which is headed to the governor’s desk, will force them to commit malpractice. It requires them to tell patients about a so-called “abortion reversal” protocol that leading medical organizations call “unproven and unethical.”

Rep. Brad Barrett (R-Richmond), a retired physician, offered an amendment to SB 325 that would bar businesses from asking about a person’s vaccination status. It would also stop them from restricting access to a public area of their business without proof of a COVID-19 vaccination.

House Democrats challenged the amendment, successfully blocking even a vote on it using procedural rules.

A bill that will give health care providers additional protections from COVID-19 liability lawsuits is on its way to the governor’s desk. Some trial lawyers worry the bill will limit Hoosiers from seeking legal action for their loved ones.

Indiana lawmakers are fine-tuning a state law that forces school districts to offer vacated buildings to charter school organizations, despite an ongoing court challenge from schools.

The law says a school district has to offer up empty buildings formerly used for classroom instruction, for charter organizers to buy or lease for just $1.

It doesn't mean there's always a buyer or interested party, but lawmakers are now extending the right to a $1 school building to state educational institutions – like colleges and universities – though Senate Bill 358.

A controversial bill that aimed to standardize where wind and solar farms could be located in the state was withdrawn in the state Senate on Tuesday. Despite a lot of changes to HB 1381, sponsors didn’t feel they could get the votes needed to pass it.

The idea was to make it easier for renewable energy companies to invest in Indiana. Right now the state is a patchwork of different local ordinances — some counties have banned wind farms altogether.

Experienced professionals may soon have another pathway to become teachers in Indiana, under a bill lawmakers say is designed to help combat the teacher shortage.

Senate Bill 205 allows people 26 and older with a bachelor's degree to get a teaching license after they finish an alternative training program and pass a state licensing exam. The bill is written to specifically allow an online program called American Board to operate in Indiana.

The American Board program operates in several other states, and supporters of the bill point out it includes data reporting for the state to evaluate the program's usefulness and quality.

But opponents, including Vigo County teacher and Rep. Tonya Pfaff (D-Terre Haute), said new teachers need experience in the classroom before being put in front of students.

The bill requires a year of clinical training, but only after teachers licensed through the program are hired full time.

A bill that would get rid of state protections for some wetlands in Indiana narrowly passed the Senate. There’s only one stop before the controversial bill becomes law — Gov. Eric Holcomb’s desk.

Supporters of the Senate Bill 389 said Indiana’s current wetlands law is too strict — causing home prices to go up and creating conflicts between farmers and state environmental regulators.

The current bill no longer gets rid of all state wetland protections. But, among other things, you wouldn’t have to get a permit to build on the state’s smallest type of wetland or a wetland in a farm field. The bill also creates a task force to study issues with the wetlands law.

Tags:IndianaIndiana General Assemblystate budgetEric Holcomb#LEGISLATION
Support independent journalism today. You rely on WFYI to stay informed, and we depend on you to make our work possible. Donate to power our nonprofit reporting today. Give now.

Toyota has not announced the location of the new plant, but it's likely to be near one of the company's U.S. assembly plants in Missouri, Kentucky, Indiana, Alabama or Texas.
Read More 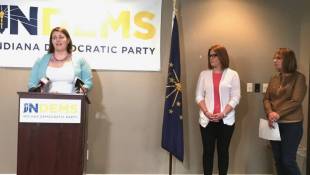 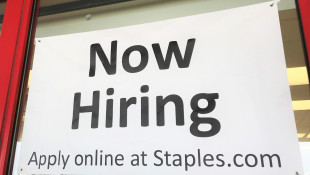 The unemployment rate in Indiana continues to creep lower according to preliminary data from the Bureau of Labor Statistics. 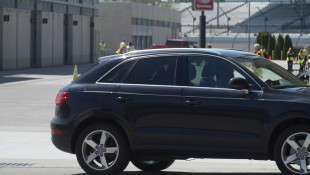 The Indiana Department of Health on Friday announced that vaccines would be available without an appointment at the Indianapolis Motor Speedway this weekend.