Poverty isn't just a lack of money. When you're poor, it's a way of life. It can shape where you live, what you eat, how healthy you are, and what jobs you can get.

Over 900,000 Hoosiers live under the federal poverty level. They are mothers and fathers, many who work long hours on multiple jobs to pay their bills, and children, many who routinely go to bed with empty stomachs.

But for the federal government, poverty starts out as a number.

Every year the federal U.S. Census Bureau calculates what it calls the poverty threshold, based on the cost of food. The figure is used for statistical purposes.

Then the Department of Health and Human Services uses that figure to create the poverty guideline.

This single set of numbers covers 48 states (Alaska and Hawaii get their own).

And that number, the poverty guideline, is the one that really matters. It’s the line that separates those who get help from federal programs, like reduced school lunch and subsidized Medicaid, from those who don’t.

The federal government’s definition of poverty hasn’t changed much since the 1960’s. But some say the standard is too low, and it’s prompted independent groups around the country to create their own.

Every year researchers at the University of Washington calculate the self-sufficiency standard for states around the country.

For a family of three in Marion County to be considered self-sufficient they must make at least $44,941 – more than double the federal poverty line.

For reference, a single parent in Marion County with a full-time minimum wage job makes about $15,000 a year.

You can calculate the self-sufficiency standard for your location and family size right here.


Jessica Fraser is director of the Indiana Institute of Working Families, an advocacy group that promotes policies to help families achieve self-sufficiency.

“In [the self-sufficiency standard] we don’t even include birthday or Christmas presents for your kids,” Fraser says. “We don’t include going out for coffee, or a pizza. It’s as bare bones as it gets.”

The push to raise income limits on social programs has worked, in certain cases. The guideline for certain federal programs are multipliers of the poverty guideline – the federal food stamp program is set at 130 percent, reduced lunch for kids at 185 percent.

“That, in my mind, is sort of an acknowledgment that this isn’t helping everyone,” Fraser says.

Fraser says there haven't been significant efforts to change the poverty guideline in recent years.

Below is the complete list of federal programs that use some variation of the federal poverty guideline. You can click each one for more information.

Department of Health and Human Services

Department of the Treasury

Corporation for National and Community Service

Tags:povertyIndianaChasing the Dream
Support independent journalism today. You rely on WFYI to stay informed, and we depend on you to make our work possible. Donate to power our nonprofit reporting today. Give now. 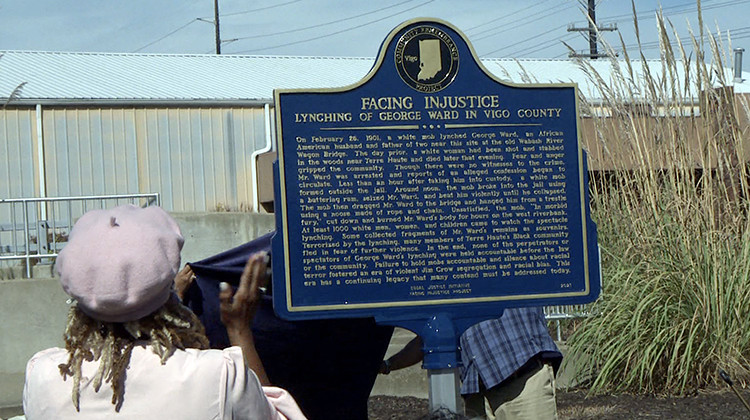