What Is This Airplane Doing At The Indianapolis Motor Speedway?

"I didn't think anything of it until I was on track and there was a plane next to me," Rossi said. "It was a little bit trippy -- when else are you going to be able to be driving an Indy car around the Speedway with a plane upside down next to you?"

The two also switched roles, with Chambliss riding shotgun to Rossi in a two-seat Indy car and Rossi taking to the skies as Chambliss' guest in a two-seat plane. Rossi experienced a strong dose of the nearly 10 Gs that Air Race pilots regularly confront during competitions. Chambliss also executed several aerial stunts with Rossi in the plane.

"The fact that I got in the plane makes me question my own sanity," Rossi said.

"People always say 'you're crazy,'" Chambliss said. "I take it as a compliment."

Tags:Indianapolis Motor SpeedwayRed Bull Air RaceIMSAlexander RossiKirby Chambliss
Support independent journalism today. You rely on WFYI to stay informed, and we depend on you to make our work possible. Donate to power our nonprofit reporting today. Give now. 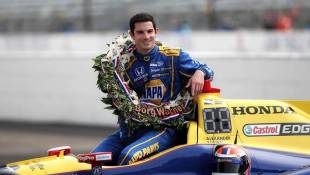 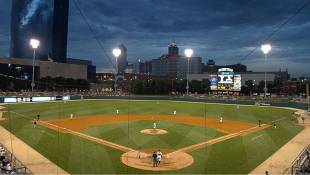 Victory Field and the Indians ended the 2016 season with the highest overall attendance at 636,888.