What Issues Will Holcomb Address In His First State Of The State Speech?

INDIANAPOLIS (AP) — New Indiana Gov. Eric Holcomb is expected to call for a long-term infrastructure plan that will likely include a tax increase during his first State of the State speech.

The Tuesday night address will mark the first time the Republican has spoken before a joint audience of both the Indiana Senate and House.

Holcomb aides say the governor will highlight the need to pass a long-term road funding plan. Any proposal that passes the Legislature will likely include an increase to the state's 18-cents-per-gallon gasoline tax.

Holcomb supports hiking the gas tax, but he hasn't said how much of an increase he would like. The governor has also said that "all options are on the table" as lawmakers craft a plan.

Tags:Eric HolcombState of the State Address2017 legislative session
Support independent journalism today. You rely on WFYI to stay informed, and we depend on you to make our work possible. Donate to power our nonprofit reporting today. Give now. 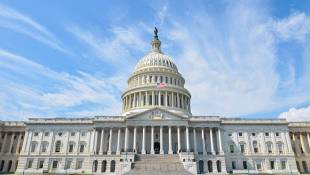 As Congress Moves Closer To Obamacare Repeal, What Will Happen To Hoosiers Covered by HIP 2.0?

A repeal could affect millions of Americans who gained coverage through Medicaid expansion, including about 250,000 Hoosiers. 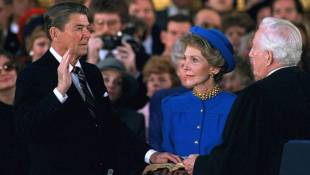 Pence To Use Reagan's Bible For Inauguration Ceremony

The Bible is being transported from the Ronald Reagan Presidential Library in Simi Valley, California.