Why Is Sugar Cream Pie So Popular In Indiana?

If you’ve lived in Indiana long, you’ve likely had a slice of sugar cream pie. It’s often referred to as the unofficial state pie because of its popularity among Hoosiers. There was a push in 2009 to make it official, but the bill renaming sugar cream pie as “Hoosier pie” never made its way to the governor’s desk.

While a Winchester, Ind. business helped introduce the dessert to the masses, its popularity dates back more than a century.

Mike Wickersham walks out onto the production floor at the Wick’s Pies factory in Winchester. He’s wearing a hair net and yelling because of the loud machinery surrounding him.

“What I’m going to show you today is the making of a sugar cream pie,” he says. “A good pie starts with a good crust.”

Mike knows a little something about good crust. His family’s business cranks out tens of thousands of pies and pie shells in just one day. The weeks leading up to Thanksgiving are its busiest of the year and the pie that’s in highest demand – well, it’s no contest.

“About 75 percent of what we sell is sugar cream pie,” Mike says.

The famous Wick’s sugar cream pie dates back to 1944, when Mike’s father, Duane Wickersham, started his first restaurant in Randolph County. He couldn’t find a good pie to serve, so he started baking his own.

Many of the recipes Duane used were his grandmother’s and they became so popular, he started selling them to other restaurants.

Wick’s pies are now available in almost every region of the country.

But the dessert was popular long before it went into mass production. 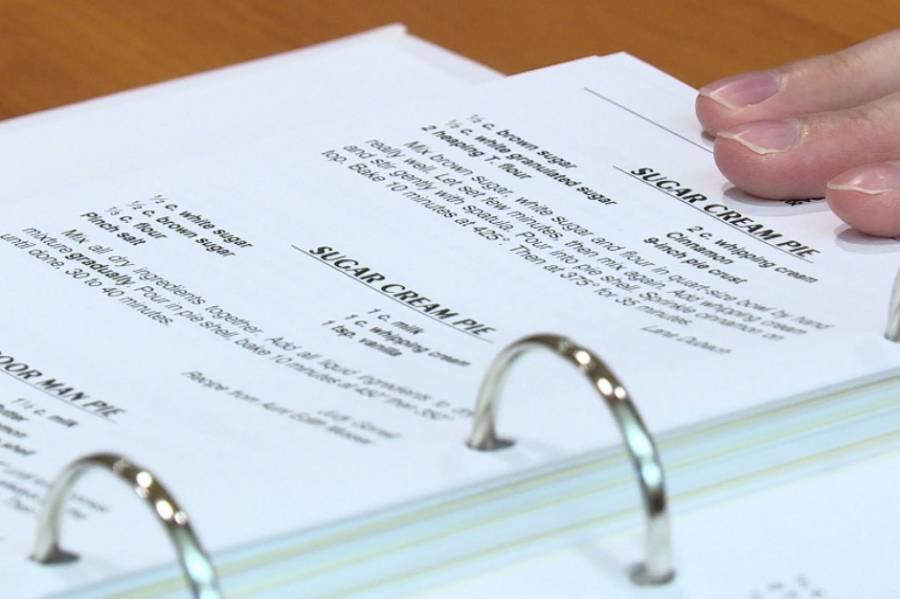 There are several variations on the sugar cream pie recipe. The earliest known Indiana recipe dates back to 1816, the year Indiana became a state. Photo: Barbara Brosher/WTIU.

Hoosiers often reach out to the staff at the Indiana Historical Society requesting the original recipe for sugar cream pie. Kate Scott works in the reference department of the library and says the recipe was likely passed down through families long before someone decided to publish one.

“So the earliest recipe I know of is an Indiana recipe from 1816, which was the year that the state was founded,” Scott says. “I wouldn’t be surprised if Shaker or Amish communities who traveled west to settle in Indiana were making some version of this before they came here.”

Sugar cream pie gained early popularity because it’s what’s known as a desperation pie. You could make it year-round because it doesn’t require fresh fruit. And the few ingredients it needs were things most people already had in their pantries.

“The only really, really consistent ingredient in sugar cream pie is sugar,” Scott says. “In addition to sugar, though, there is usually milk or cream, or half and half. You get vanilla and nutmeg, usually butter and salt. And sometimes flour and cornstarch, or one or the other to use as a thickening agent.”

In the state’s early days, pie wasn’t necessarily seen as the special occasion treat it is now. You’d often find it on the menu at church gatherings or farms.

“You’d get everyone together to help you plow your field and all the women would get together and make the food,” says Callie McCune, public programs coordinator at the Indiana Historical Society. “So pie really fits into that because it’s something that feeds a lot of people and you can bake it and it can sit.”

It’s such a celebrated part of the state’s food culture that there’s even a special culinary trail dedicated to Indiana pie.

“It touches a part of your stomach as well as the soul in bringing back those memories and making good memories with family and friends,” says Lindsey Skeen, marketing and media director at the Indiana Foodways Alliance.

The Hoosier Pie Trail features 21 stops throughout the state. While many serve sugar cream pie, they all have their own local specialties. Cabbage Rose Eatery in Anderson is known for its butterscotch pie.

Mrs. Wick’s is also on the list. Duane Wickersham opened the restaurant across the street from his factory when he retired in 1986.

“It is the unofficial state pie and I think he had a big part to play in that only because he brought it what I would say to the next generation,” Mike says. “I think anybody of his age that grew up on a farm in rural Indiana their mother or grandmother had a sugar cream pie recipe that she made. And, so they were home baked. But he commercialized it and brought it to the consumer in the supermarket and that opened it up for a whole new generation and we’re trying to maintain that.”

While sugar cream pie is popular in Indiana, an analysis of Google searches from last November shows more people searched for pumpkin, apple and pecan pie in the weeks leading up to Thanksgiving.

If you’re looking for an authentic sugar cream pie recipe, you can find one in “The Hoosier Cookbook,” which is available at many libraries across the state. The recipe from Mrs. Kenneth Hahn of Miami Co. says it was 160 years old at the time of publication, which was 1976. 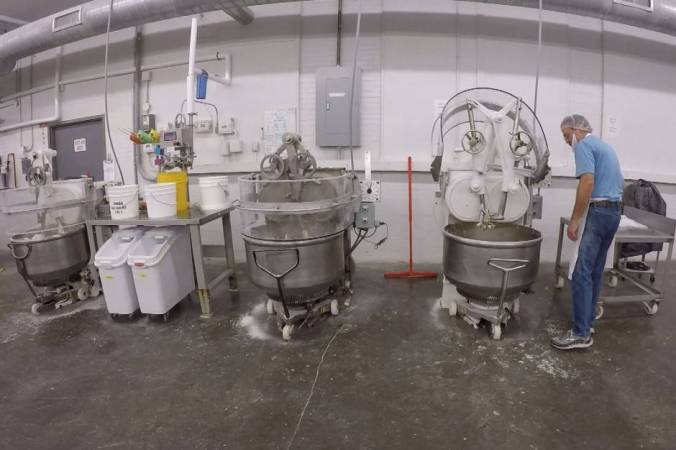 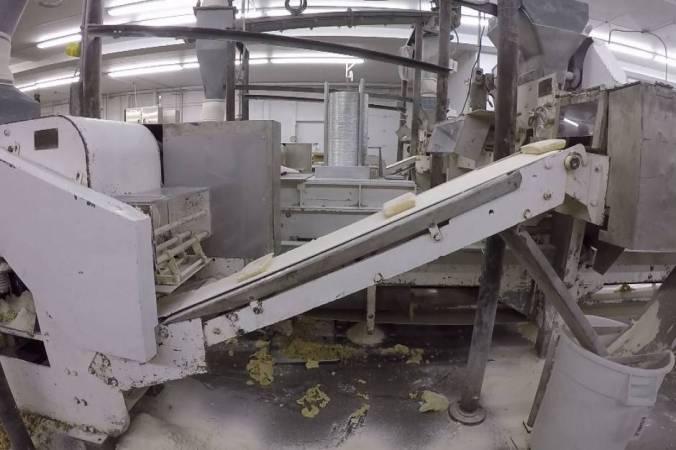 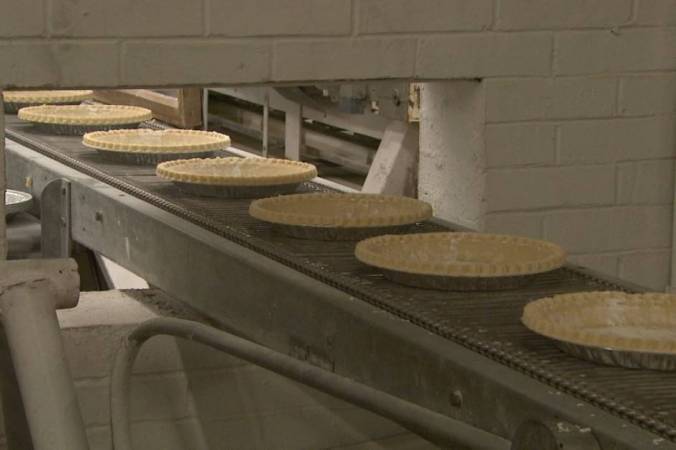 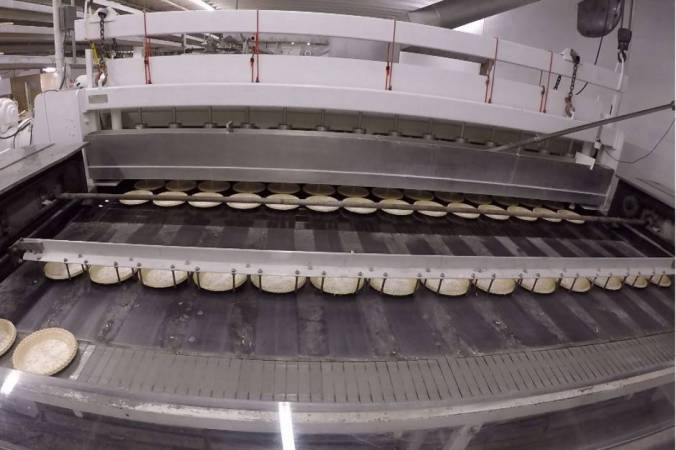 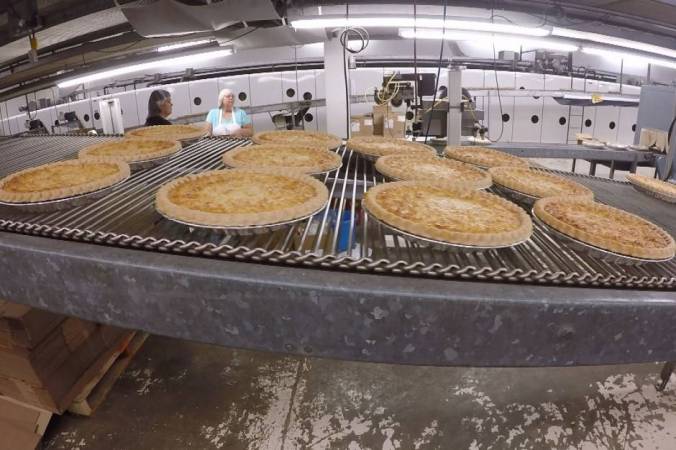 Tags:sugar cream pieWinchesterWick's Pies
Support independent journalism today. You rely on WFYI to stay informed, and we depend on you to make our work possible. Donate to power our nonprofit reporting today. Give now.