According to Women4Change Indiana, although women make up close to half of Indiana’s workforce, they get paid 21 percent less than men. The pay disparity gets significantly worse for minority women.

Destiny Faceson spoke at the rally saying that when she was pregnant, she had to work 16-hour shifts to cover the loss of income she would have on unpaid maternity leave. She says lawmakers need to act to keep that from happening to others.

“You are being held accountable for making tomorrow more equitable than our yesterday and today,” she says. “You’re lawmakers. Take accountability.”

Tags:2020 legislative sessiongender eqaulitygender wage gapWomen4Change Indianaworkplace equality
At WFYI, our goal is to cover stories that matter to you. Our reporting is rooted in facts. It considers all perspectives and is available to everyone. We don't have paywalls, but we do need support. So if unbiased, trusted journalism is important to you, please join us. Donate now.

The former president of the local Iron Workers Local 395 union in Portage, Indiana was sentenced to three-and-a-half years in a federal prison on Wednesday.
Read More 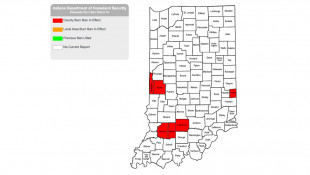 Much of the state is experiencing abnormally dry conditions, and a swath of northern and northeastern Indiana have entered a moderate drought, the National Weather Service reported.
Read More