You Asked: Will The Pandemic Have Lasting Effects On Child Development?

The COVID-19 pandemic has been stressful for many families — and that stress can affect a child’s development, including their language and social skills.

Side Effects Public Media recently received questions from audience members through our texting group, the Midwest Checkup, about how the changes wrought by the pandemic may affect child development.

To learn more, Side Effects Public Media’s Christine Herman spoke with Elizabeth Norton, assistant professor in the department of communication sciences and disorders at Northwestern University, and Nancy McElwain, professor of human development and families studies at the University of Illinois at Urbana-Champaign.

How might the stress of the pandemic affect child development?

Many families have been dealing with pandemic-related stressors, including job loss, illness and disruptions to social support.

Those stressors can compromise the quality of parent-child relationships — and that can impact a child’s development, says McElwain, who studies early-life interactions between parents and children.

“In the early years, and particularly in the first two to three years of life, children look to their parents as a place of safety, a safe haven … to go to when they’re feeling threatened, tired, hungry, ill or when there’s something in the environment they’re unsure of,” McElwain said.

When parents experience stress, it can trickle down to children, who may have a harder time feeling reassured that they’re safe.

Given that the pandemic negatively affected some families more than others, McElwain expects there will be a lot of variability in outcomes for children.

What about children’s language development?

Babies and toddlers learn to speak through their interactions with parents and caregivers, beginning in the earliest stages of life, says Elizabeth Norton, who studies language development in children.

“Even before [a child starts talking], the really early determinants of language ability are those back-and-forth interactions with caregivers, following their child’s lead, responding to what their child is interested in and having that back and forth,” Norton said.

It’s possible that children and babies who’ve been spending more time engaging with their parents and caregivers during the pandemic, as a result of school and day care closures, will see a benefit when it comes to language skills.

But parents who’ve been struggling with the competing demands of work and child care during the pandemic may have had fewer opportunities for high-quality interactions with their children.

“That’s one of the things that we’re really keeping an eye on, in terms of: How kids are starting to hit those language milestones, like babbling first words, combining worlds, through toddlerhood,” Norton said.

The effect of the pandemic on children’s language development is a focus of ongoing research.

Norton is investigating the impact of the pandemic on toddlers with language delays. She’s also enrolling participants from across the U.S. in a study for pregnant parents about the impact of COVID on delivery and child health.

What about babies for whom interactions with extended family have occurred entirely via video chat?

McElwain points to several pre-pandemic research studies that suggest social interactions with extended family can be beneficial, even when they’re not in-person.

She said the studies “indicated that young children can benefit from connecting with family members, via screens, like FaceTime or video chatting, and that it can have a positive effect.”

She said she expects the same would hold true for babies and children who’ve had more limited in-person interactions with people beyond their immediate family since the pandemic hit.

One 2017 study found that children aged 12 months to 25 months could form relationships with people through chatting via FaceTime — and also learn from those individuals.

The authors conclude that the results “extend previous research studies to demonstrate that children under 2 years show social and cognitive learning from video chat because it retains social contingency” — a concept referring to the joint attention experienced by people in conversation, directed toward a topic and each other.

The American Academy of Pediatrics, which has historically discouraged screen time for children younger than 2, has more recently begun to acknowledge that not all screen time is equal.

In 2016, the academy lifted its “no screen time under 2” rule, shifting the focus from what is on the screen to who is in the room, according to NPR:

“For babies younger than 18 months, AAP still says no screens at all are the best idea — with one notable exception: live video chat. Surveys indicate that families already popularly believe that “Facetime doesn’t count,” or at least that the benefit of virtual visits with grandparents or other relatives outweighs the potential cost of exposing babies to the laptop or phone.”

Are more toddlers going to need speech therapy as a result of social isolation?

Norton does not suspect that children who’ve spent more time at home during the pandemic will necessarily be at greater risk of language delays and disorders.

“A lot of those [conditions] are biological and set in the brain and genetic” and unlikely to be influenced very much by the environment, she said.

Plus, having just one caregiver who gives a child high-quality interactions is enough,  especially for babies, Norton added.

“They don’t need to be around lots of other infants or things like that necessarily,” Norton said.

For parents worried about a child’s language development, Norton recommended seeking an early intervention evaluation, which is free, thanks to the federal Individuals with Disabilities Education Act.

One silver lining of the pandemic is that early intervention assessments can be done remotely, via telehealth, Norton said.

“It could be a great opportunity for families who live in rural areas, or who have busy schedules, to be able to get the chance to get services for their [child],” Norton said.

Early intervention can make a big difference when it comes to long-term outcomes.

“Waiting for kids to fall behind their peers makes it harder to catch up,” she said.

Information about early intervention programs, which are available in every state and territory, is posted on the U.S. Centers for Disease Control’s website.

How worried should parents be? Are most kids able to bounce back from setbacks and be fine down the road?

Generally, kids are quite “plastic,” Norton said, meaning that their brains are very flexible and can adapt to lots of different environments.

“Some kids grow up in cultures where the norm is to not really speak to kids very much when they’re very young,” she said. “Other kids grew up in environments, for example, where mom is wearing a face covering all the time, and they don’t ever, [or rarely], see their mom’s mouth.”

And yet, these children are able to acquire language.

It’s why Norton is optimistic that we won’t have an entire generation of kids “who are substantially different in their ability to use language and engage in social situations.”

The pandemic provides researchers with a unique opportunity to learn about how different factors affect child development.

“It gives us this really unique window to understand what kinds of experiences make a big difference, and for whom,” she said.

Norton added that many questions still need answers, such as: “Are there some factors that are going to affect some kids really meaningfully, whereas other kids will be relatively okay?”

“I believe in the flexibility of the brain to adapt,” she said. “And so I would guess that, by and large, kids are going to be okay.”

This story was produced by WFYI’s Side Effects Public Media, a news collaborative covering public health.

Tags:childrenchildren's healthCOVID-19pandemiccoronavirus
Support independent journalism today. You rely on WFYI to stay informed, and we depend on you to make our work possible. Donate to power our nonprofit reporting today. Give now. 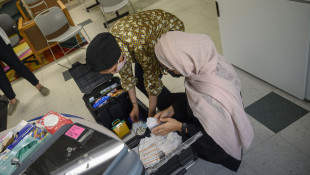 As Iowa Opens Up, COVID-19 Vaccination Rates Continue To Slow

In recent weeks, demand for the COVID-19 vaccine in Iowa has declined sharply, but the number of Iowans who have had at least one shot hasn't even reached 70 percent. That's raising concern among public health officials. 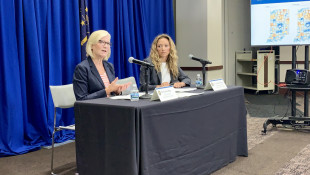 Indiana's COVID-19 positivity rate was reported at its lowest level since the pandemic began just over a week ago. Since then, the rate has jumped 52 percent.