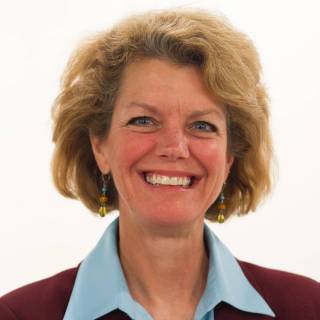 Jill Ditmire was no stranger to the broadcast world.  Her face and voice were a daily part of the lives of viewers and listeners in the Midwest for 25 years.  She was the local news anchor during "All Things Considered" and a contributor to "Morning Edition," "Sound Medicine," "Art of the Matter  “Curious Mix” and  "Wednesday Live at 5:44." Jill's broadcast experience included anchoring and reporting news at television stations in Indianapolis, Detroit and Lafayette, including WTTV, WRTV, WLFI, WJBK, WTHR, WISH and the Ford Motor Company News Network. She produced her own television series on Indiana Public Television for eight years called “The Good Life” which showcased independent chefs, restaurants and local wineries.

She also co-hosted the Indiana Public Television show produced with the Department of Natural Resources and Ball State University, “Indiana Outdoors" for four years. Her radio experience included positions as anchor and reporter for WSAL, WAJC and Network Indiana. Jill was an Omnimedia Wine Specialist who used her wine wit and wisdom in print, radio, television and retail. An AWS Certified Wine Judge, Pillsbury BakeOff finalist and owner/buyer of The Mass Ave Wine Shoppe & Cafe in Indianapolis were a few of her other professional titles. Her "Mermaid Tipsy Tales," videos about wine and food, appear on www.massavewine.com.

Ditmire brought both depth of knowledge and innovation to her work, assets that led to a series of social media videos that many WFYI audience members used to stay connected to and inspired by the arts, especially during COVID-19. She also hosted/produced segments for the Indy Visitors Channel Network, which airs on 10,000 hotel rooms in Indianapolis.

She traveled regularly to wine regions of the world, sharing her findings with readers in magazines such as Tasters Guild, DINE, NUVO, Broad Ripple Gazette and was a weekly contributor to "Too Many Cooks" on WICR. Jill wrote "Vintage Point" the wine review for the Indianapolis Star for four years. She was a freelance writer for Indianapolis Monthly Magazine and wrote the wine/food guides for Atlanta Magazine, Cabot Creamery, Michigan Wine Guide and Indiana Wine Guide. She was an AWS Certified Wine judge, working a number of competitions beginning in 1999 including the Indy International, San Francisco Chronicle and Sonoma County Harvest Fair. She was a finalist in the 2000 Pillsbury Bake Off. She and two other women created the Vintage Indiana Wine Festival in 2000. Jill also participated in the yearly event running the "Wine/Food Experience Tent."

Jill taught "Newswriting 101" for Butler University, conducted media training sessions for 19th Star Production Company and appeared in numerous TV commercials and corporate videos through her work with Artistic Enterprises Casting of Indianapolis. Jill was the former President, Vice President and member of the Indyfringe Board of Directors and an active member of IDADA and the Mass Ave Merchants Association (MAMA). She emceed and served as the honorary chair for the yearly Ronald McDonald House "Taste of Tuscany" event, contributed to the WFYI IndyWine Fest, WICR-Fine Arts Society, wine events for the Italian-American Society, Pike Township Schools, American Cancer Society, Indy Spay-Neuter Clinics, YMCA and numerous others.

She graduated from Butler University in 1986 with a BS in Radio/Television and Journalism/Political Science.

Festival Of Faiths To Celebrate Cultures, Traditions, Beliefs Of Many 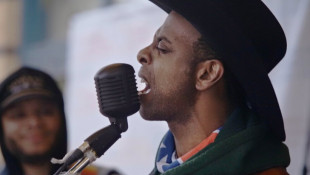 Collective of black country artists tour to share diversity that exists within stereotypically white genre
It’s tough to imagine, but in early May, it was cool and rainy for the first, First Friday event of the year at the Haynie’s Corner neighborhood in Downtown Evansville. 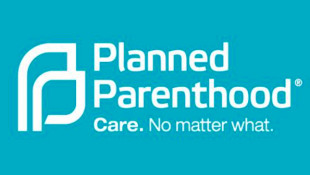 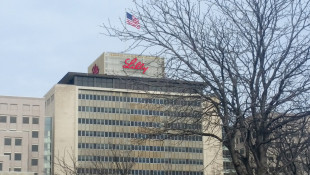 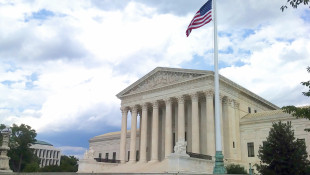 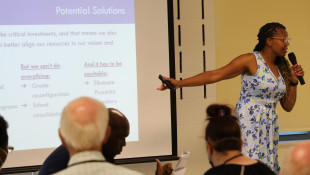 Leaders at Indianapolis Public Schools proposed a set of sweeping changes to elementary schools and student enrollment policies in an effort to combat the dire challenges facing the district.