In June, American Public Media announced that they were ending production of Live From Here with Chris Thile. This gave our team the chance to consider how to add to our music programs. More than just filling that slot, we reconsidered how to offer our listeners special experiences as they explore the world of music. So, we’re adding World Cafe, a listener favorite, to our weeknight lineup at 9 p.m. This exciting show features a mix of interviews and in-studio performances by both established and emerging artists.

Alongside this national program addition, we also decided to expand our local productions, with two new shows that give WFYI listeners the chance to explore the past, present and future of music in our community.

Updated schedules for WFYI are posted below.

We welcome your feedback and thoughts here.

As always, thank you for listening to WFYI Public Radio. 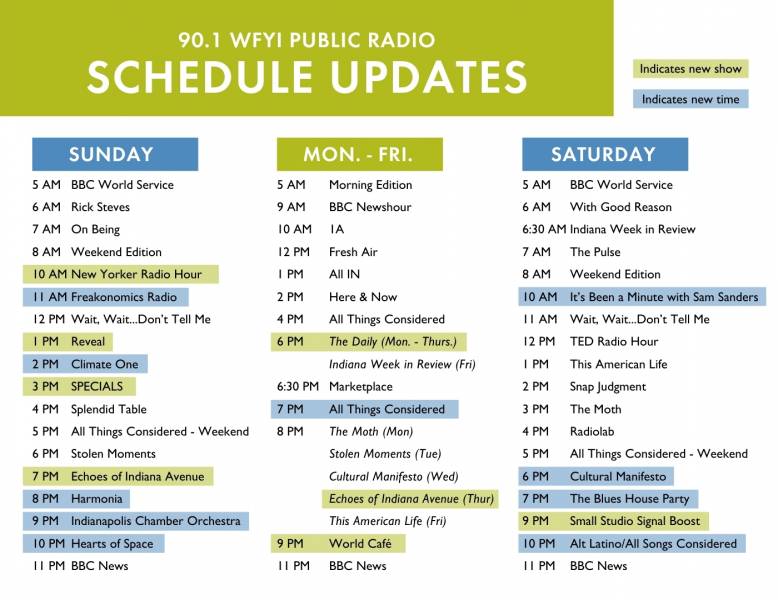