INDIANAPOLIS – In the 1970s and 80s, dozens of women went to an Indianapolis fertility clinic in the hopes of getting pregnant. The doctor said he could help. What happened in his office wasn’t what the women had signed up for, and decades later, their children uncovered the doctor’s terrible secret.

“Sick,” a new podcast from WFYI and Side Effects Public Media, explores what goes wrong in the places meant to keep us healthy. In season one, award-winning reporters Jake Harper and Lauren Bavis tell a story that spans decades – from patients who were treated at the clinic to the people living with the consequences of the doctor’s actions.

This notable case is a heart-wrenching example of problems people experience every day in the American health care system.

“Thousands of babies are born in the U.S. every year as a result of fertility treatment, and there is still a lot we don't know about fertility medicine,” Bavis said. “We're hoping to give listeners a big picture look at an industry many couples invest thousands of dollars in to grow their families.” 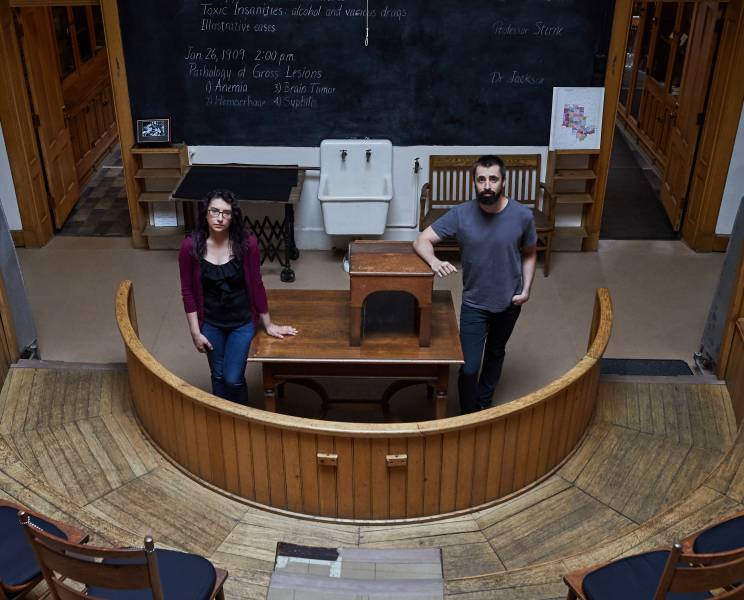 Harper and Bavis, part of WFYI’s Side Effects Public Media team named “Journalist of the Year” by the Indiana chapter of the Society of Professional Journalists, dig deep into this story by conducting interviews with victims, extended family members and industry experts. They examine big questions like: How do you hold doctors accountable? What should patients know before they enter a doctor’s office?

The facts are eye-opening, and the personal stories are incredible.

“It’s been amazing to hear people talk so honestly about what’s happened to them and how they are still affected years later,” Harper said. “We hope the audience benefits from hearing what they have to say.”

“Sick” debuts Oct. 15 with a launch party beginning at 5:30 p.m. at the White Rabbit Cabaret in Fountain Square that includes a Q & A session with Harper and Bavis. New episodes will be available to download each week wherever podcasts are available.

The trailer and more information are available at sickpodcast.org. Support for “Sick” comes from PRX and the Corporation for Public Broadcasting, a private corporation funded by the American people.

Side Effects Public Media
Headquartered at WFYI Public Media in Indianapolis, Side Effects is a health news service exploring the impacts of place, policy and economics on Americans’ health. Our award-winning reporting sheds light on root causes of community-wide issues, including mental health treatment in schools, health care challenges faced by immigrants and refugees and ways people work around the health care system as well as new efforts to solve them. Side Effects stories have been heard nationally on NPR and published in news outlets around the country. Partnering public media outlets include KBIA, Iowa Public Radio, WFPL, WILL, WNIN, WOSU and WSIU.

About PRI/PRX
In August 2018, PRI and PRX announced their merger to create a new media organization. The organization believes strong public media is anchored in journalism, strengthened by new voices, and amplified by innovative technology. PRI/PRX seeks to build a public media company focused on the next generation of creative talent across broadcast and audio on-demand while serving listeners who demand the highest-quality content representing voices and people across diverse and nuanced communities. PRI/PRX programming has been recognized with numerous awards, including two 2018 Peabody Award for Reveal, from the Center for Investigative Reporting and PRX, and four 2019 Webby Awards.

About CPB
The Corporation for Public Broadcasting (CPB), a private, nonprofit corporation created by Congress in 1967, is the steward of the federal government’s investment in public broadcasting. It helps support the operations of more than 1,500 locally owned and operated public television and radio stations nationwide. CPB is also the largest single source of funding for research, technology and program development for public radio, television and related online services. For more information, visit cpb.org, follow us on Twitter @CPBmedia, Facebook and LinkedIn and subscribe for other updates.

Join us for our quarterly current events trivia! We have gone virtual to keep everyone safe. Get you...