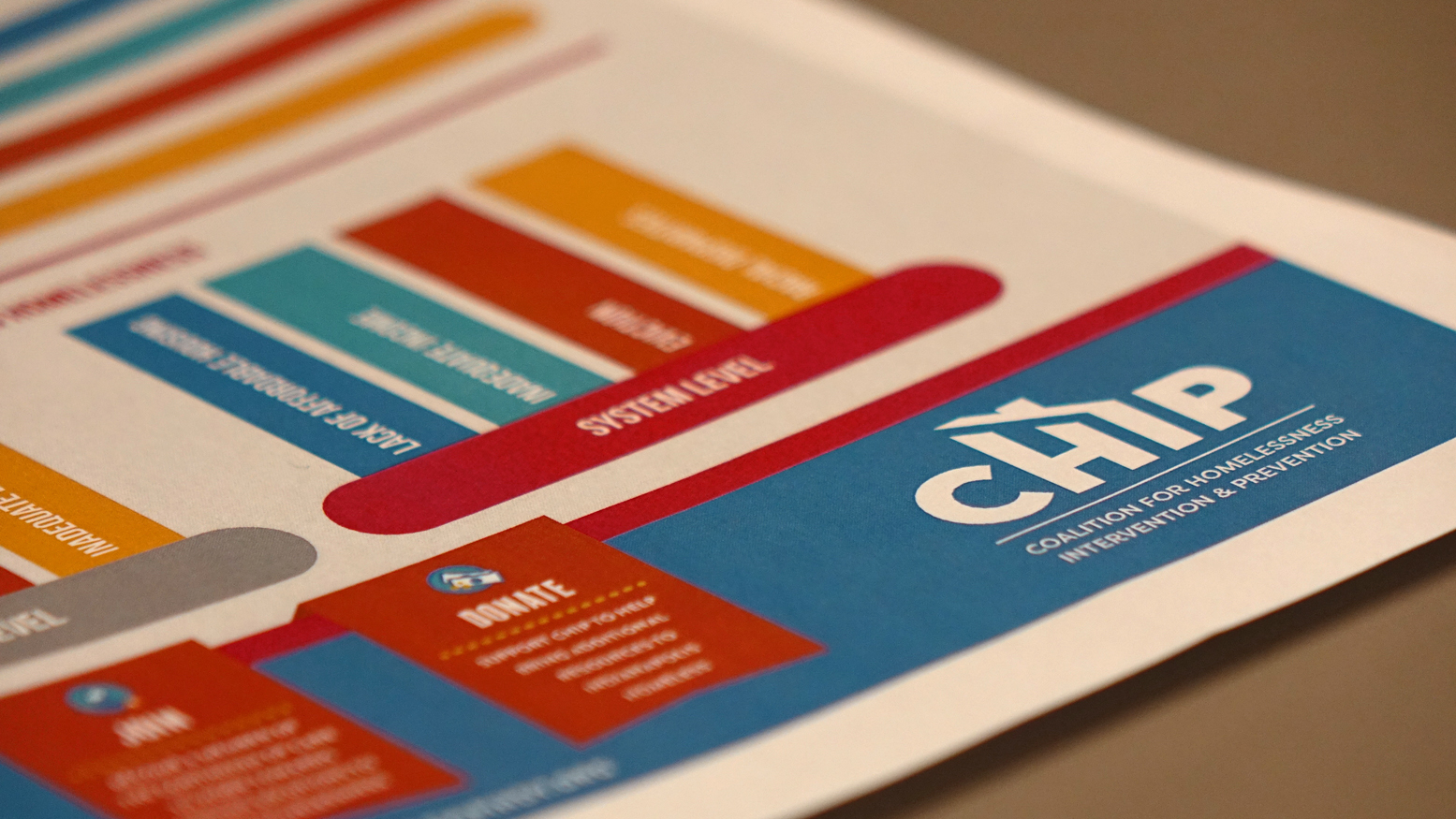 The report details demographic statistics from the city's homeless population: 61% were African American, 67% were male, and more than half were between the ages of 35-61. (Drew Daudelin/WFYI)


Every year a one-night count is conducted in Indianapolis to get a snapshot of the city’s homeless population, called a Point-in-Time Count. This year's results show a significant decrease in chronic homelessness.

On the night of January 1 there were 1,567 individuals counted experiencing homelessness in the city. This is 7% lower than the year before. And a subgroup referred to as chronically homeless – essentially those who have remained homeless for a longer period – decreased by 39%.

To conduct the count survey teams created a map of homeless camps, and volunteers surveyed locations like libraries, shelters and soup kitchens around Marion County. This year's count was conducted on the coldest night of 2019, which likely had an impact on sheltered/unsheltered numbers.

The annual count is led by the Coalition for Homelessness Intervention and Prevention, or CHIP. Executive Director Chelsea Haring-Cozzi says mental illness, chronic health conditions, substance abuse, a history of incarceration, and domestic violence were the key issues identified by those surveyed.

And she says these issues increased significantly in the unsheltered population.

“Which indicates that those experiencing homelessness and living unsheltered are those that have higher needs, higher risks, and face more significant barriers to both shelter and housing,” Haring-Cozzi says.

Removing barriers to housing and following up with support, a model commonly referred to as Housing First, is the central piece of a city-wide goal to end chronic homelessness by 2023. The city, including Mayor Joe Hogsett, primarily attributes these kinds of housing efforts for this year’s decrease in chronic homelessness.

"To me, this reaffirms that the approach we have taken with our partners throughout the city, a Housing First approach, is the right approach," Hogsett says.

Here are a few more key findings from the full report:

Tags:homelessnessPIT CountIndianapolisCHIPhousing
Support independent journalism today. You rely on WFYI to stay informed, and we depend on you to make our work possible. Donate to power our nonprofit reporting today. Give now.