Members of the Indiana Black Legislative Caucus will kick off a series of meetings later this month aimed, in part, at convincing Hoosiers that similar issues affect rural and urban areas of the state.

And, says caucus member Robin Shackleford (D-Indianapolis), the meetings are a way to work across the aisle, too.

“We’re talking about things that would benefit everyone – that are good for everyone – that the conservative side actually authored a lot of this legislation,” Shackleford says.

Caucus Chair Cherrish Pryor (D-Indianapolis) says there’ll also be attention paid to legislation that did not pass in this year’s legislature, but that the Caucus hopes to pass in the coming years.

The meetings also aim to shine a light on Indiana’s epidemic of food deserts.

The issue was examined in one summer study committee in 2016 and will be the center of another this year – but only after the Indiana General Assembly has failed to pass bills aimed at making healthy food more available to all Hoosiers.

Shackleford says most Hoosiers don’t realize how bad the problem is.

“When I tell people that the FDA has actually declared over 50-percent of our counties are considered food deserts, I think people kind of step back, because they think it’s just an urban issue and haven’t realized that it’s now really affecting the rural areas, too,” Shackleford says.

It’s just one issue the lawmakers hope more Hoosiers will take note of, along with the need for hate crimes legislation and better treatment of the incarcerated.

Pryor says the meetings also serve as a recruitment venue for the group, because all of the Indiana General Assembly’s African-American members come from Lake, Marion and Saint Joseph Counties.

“As a Black Caucus, the one thing that we do realize is even though we only have African-American members in three cities in the State of Indiana, we have to look out for minority communities and the low-income and disabled community throughout the State of Indiana,” Pryor says.

She notes the caucus might have been bigger this year, but several African-American candidates lost primary races in the 2016 elections.

The town halls will start June 17 in Indianapolis and wrap up Aug. 19 in Gary, with intermediate stops in Terre Haute, Evansville, South Bend, Fort Wayne and Lafayette.

All meetings will be from 12 to 2 p.m. local time on the scheduled days:

Tags:hate crimeIndiana Black Legislative Caucusfood desertstown hall
Support independent journalism today. You rely on WFYI to stay informed, and we depend on you to make our work possible. Donate to power our nonprofit reporting today. Give now. 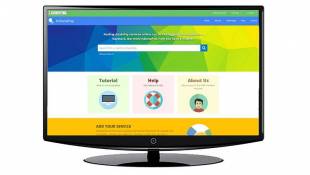 IndianaPop.org was officially launched Friday, and thousands of people have already used it.