Black workers at the Indianapolis Public Library continue to come forward to discuss their experiences with racism throughout the system. Staff members from various levels of leadership say they’ve experienced racism, and Black women seem to face the brunt of the issue.

While the library leaders told the employees they plan to make changes — including an internal climate study — Bree Flannelly, whose address to the board on May 24 inspired the outpouring of allegations from other workers, believes more needs to be done.

“I’m glad action is being taken, but I still believe [IndyPL CEO Jackie Nytes] should step down, because she’s been so dismissive and disrespectful,” Flannelly wrote in a text message to the Recorder. “She owes me and all the Black women she’s terrorized, disrespected and gaslit an apology.”

Nytes previously told the Recorder she doesn’t plan to step down.

Even IndyPL board members aren’t immune to perceived experiences of racism.

Jett ran for president of the board last year, and during a board meeting on Jan. 27, 2020, she emphasized her contributions to IndyPL, describing herself as a “very active and engaged library trustee.”

Her opponent, Marion County Superior Court Judge Jose Salinas, had served on the board for eight months before winning the election by a vote of 4-3. Jett and board members Drs. Patricia Payne and Khaula Murtadha — all Black women — voted for Jett.

Despite her tenure, Jett said she wasn’t surprised by the outcome of the election.

“It’s a very political atmosphere, and there were also two people that were brand new to the board,” Jett said. “I felt that perhaps they would be reasonable people and go by merit as presented.”

Before being elected, Salinas hadn’t chaired any committees. Both Jett and Payne say they feel there was a concerted effort to keep Jett from becoming board president because she was frequently outspoken about her concerns with the library and often butted heads with Nytes. Specifically, Jett voted against three resolutions concerning CEO raises and contract extensions. According to Jett, Salinas “rarely challenges [Nytes] in any decisions.”

Jett described finishing her last year on the board under Salinas as “difficult.”

According to Jett, Salinas was antagonistic toward her and “positioned himself as if he was watching me closely.” Further, she said Salinas limited her ability to work as the chair of the strategic planning committee and threatened to remove her from the position.

“We didn’t agree on some issues, but she was the chair,” Salinas said. “But we both agreed that we needed to forward our library system.”

Indianapolis Public Schools appointed Salinas to the IndyPL board in 2019.

“There were no Latinos on the board, and they wanted some representation,” Salinas said. “I was asked, and I thought it was time for me personally to get back into the community. … I’m disheartened if anyone thinks I’m not sensitive to diversity issues. Diversity is so important in how I run my personal life and my public life.”

Jett also claimed Black employees at IndyPL were “quick to be fired” and it was the board that recommended a chief diversity officer be hired because “we saw a lot of Black people having to appeal their punishments, and it went right to the top,” she said.

“As union president, I sit in grievance meetings,” Torres said. “I can name two meetings where [Nytes] has said ‘fire these people,’ on the spot, and those decisions have been overturned by the board. In one instance, she wanted to have these two guys who worked in security fired. Come to find out, they weren’t trained properly, but she wanted to fire them immediately. They were both Black.”

“The library takes all personnel issues seriously and deeply regrets if anyone ever felt unsupported in their role with the library. Our CEO, Jackie Nytes, is committed to the DEI work and has been a driver of the equity work taking place throughout the library.”

Following the allegations, Nytes sent an email to staff, obtained by the Recorder, promising change within the system.

“I am heartbroken to read some of the statements included in the Recorder article, including from board members,” Nytes wrote. “We value our staff above all else and are deeply sorry for the troubling experiences that some have had.”

Nytes, who has served as CEO since 2012, promised to bring in an outside expert to assist with personnel issues, and a third-party consultant to conduct an internal climate study to “provide a roadmap for improving the employee experience.”

Board member Murtadha will oversee the climate study. More information will be released following the board meeting June 28.

“Any public serving institution has to hold itself accountable for the way it works with the public,” Murtadha said in an interview. “That’s our responsibility as a board … and this is not something we’re going to shy away from. We’ve been talking about it, and clearly a change is needed.”

In 2020, 19% of new hires in IndyPL were Black. However, an increase in diverse hires doesn’t always mean equal pay.

According to a former member of the executive committee, whose name is withheld for professional concerns, Black employees were frequently paid significantly less than their white counterparts.

The source, who was a department director, said a Black woman hired to replace a white man who was moved into another position was paid $11,000 less. The woman had the same job title, credentials and work experience as the man she replaced. IndyPL did not respond to this matter, citing personnel concerns.

The anonymous source also said she faced retaliation after voicing complaints to the board, including Nytes questioning her use of library funds, accusations of being incompetent and trying to remove her from her post by creating a “mob mentality.”

In one instance, the source said Nytes told another employee to search her office for anything indicating she was lying about her travels, paid for by IndyPL.

“The allegations are inaccurate, incomplete, or lack appropriate context,” Nytes said in a statement. “More context cannot be provided for accusations regarding confidential personnel matters.”

A party familiar with the incident confirmed the situation in a text chain seen by the Recorder.

“Black women are targeted within IndyPL,” the source said. “Before I went to the board, my job performance review was stellar to being six pages long about all the ways that people don’t enjoy working with me, how I’m inadequate in my job. It was a witch hunt.”

Jett said, for Black women specifically, the climate of the library is taxing.

“I think that we pose a threat to [Nytes] because of her perception of who we are, which I think is misguided,” Jett said. “She relates to Black women as if she has to control us. Black women are perceived as these strong, aggressive women, especially by people who have no real understanding of Black history, and so they stereotype us and then engage with us as if we’re difficult to work with. It’s challenging and extremely traumatizing.”

Tags:Indianapolis Public Libaryracismdiscrimination
Support independent journalism today. You rely on WFYI to stay informed, and we depend on you to make our work possible. Donate to power our nonprofit reporting today. Give now. 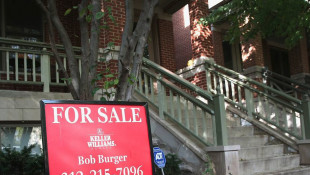 One of the hottest housing markets in recent years is shutting out some people using federal housing loans. 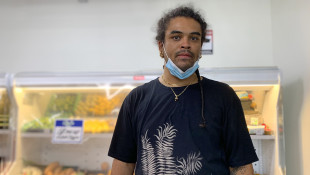 Some Americans are taking on multiple jobs yet still struggling to make ends meet, and that is affecting their health and well-being. Researchers say low-quality, precarious employment is to blame, and it's disproportionately impacting African Americans and other minority populations. 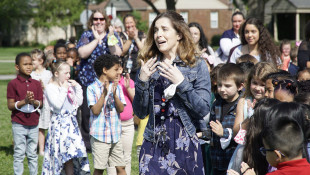 Here Are The 2021 Teachers Of The Year In Marion County

As the school year comes to a close, districts across the state are announcing their choices for teacher of the year. Each local winner will advance to the state level for consideration for the 2022 Indiana Teacher of the Year, which is announced in the fall.