Indiana’s new “religious freedom” law has lighted up plans for a new church in Indianapolis.

The Secretary of State’s office last week approved Bill Levin’s church, the First Church of Cannabis, as a “religious corporation.” Levin says he filed the paperwork as a direct challenge to Indiana’s “religious freedom” legislation.

"This is a religion about celebrating life," says Levin. "It's based on love, equal love for everybody."

The doctrine of the First Church of Cannabis lists marijuana as a sacrament with healing and uniting powers. But because marijuana is illegal in Indiana – both for medicinal and recreational use – it could present a test case for the law.

Under that law, the state is prevented from “substantially burdening” a person’s exercise of religion unless it can prove that it has a compelling interest to do so, and is doing so in the least restrictive way.

Levin, a longtime advocate for reforming Indiana’s marijuana laws, says the church will not purchase, distribute or supply illegal substances. But parishioners, who are called cannabetaerians, will be encouraged to partake.

Tags:First Church of CannabisBill LevinReligious Freedom Restoration Act
Support independent journalism today. You rely on WFYI to stay informed, and we depend on you to make our work possible. Donate to power our nonprofit reporting today. Give now.

Indianapolis’ rental assistance program is now over a year old and tens of millions have been distributed to help renters impacted by the pandemic.
Read More

Police arrested the juvenile on Oct. 10, hours after Antonia Macri-Reiner was shot in her home.
Read More

The event is one of Indianapolis’ longest running and largest conferences, bringing thousands of students from all over the country to the state capitol.
Read More 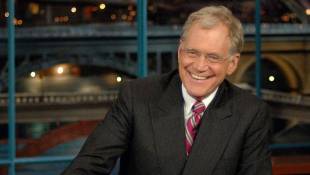