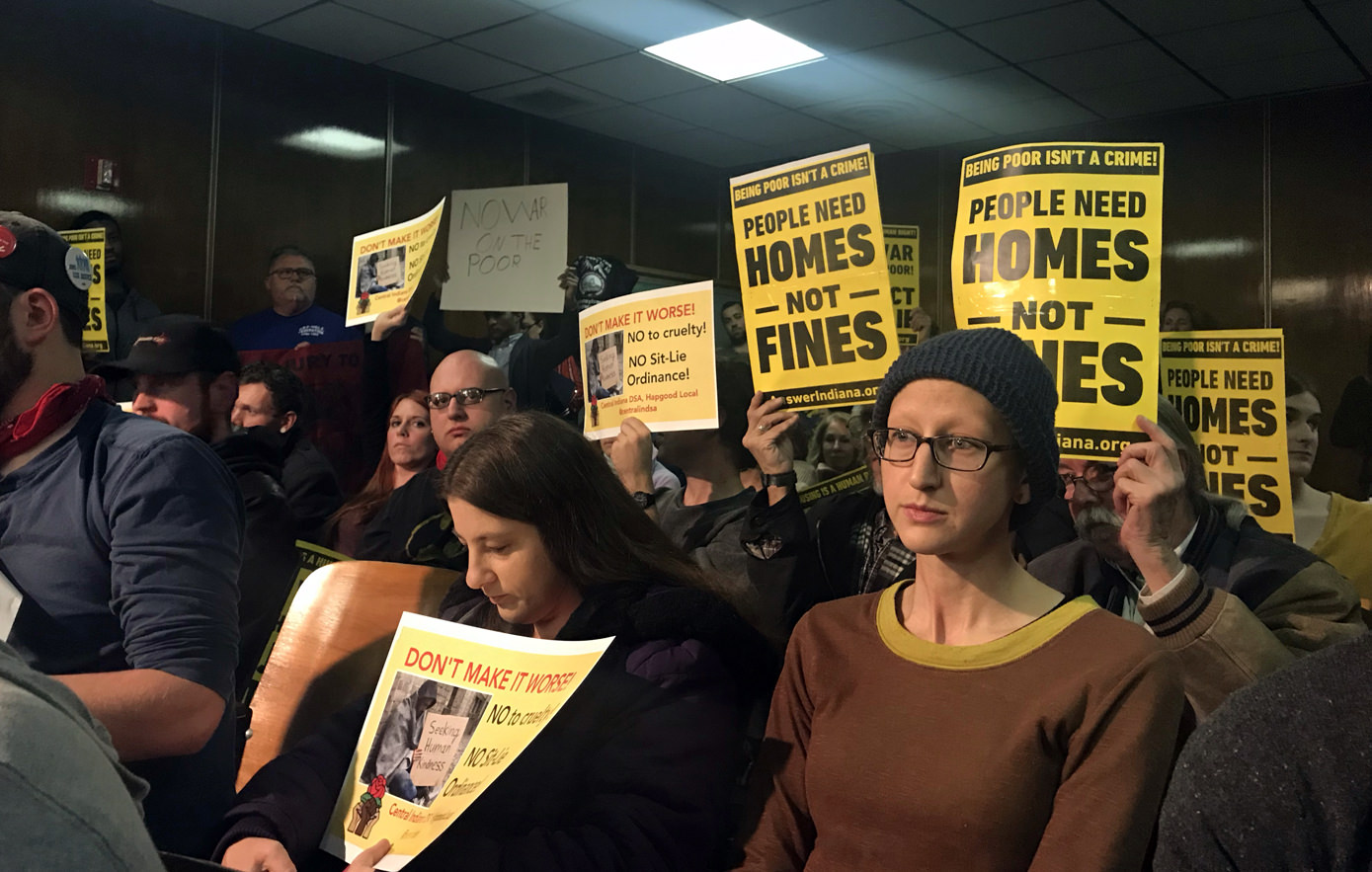 The ordinance prohibits anyone in the Mile Square – the area around Monument Circle – from sitting or lying down on a public pathway between 6 a.m. and midnight.

Nearly 20 members of the public spoke at the Rules & Public Policy Committee meeting – all but three spoke in strong opposition.

"As a formerly homeless person in the city, and now as someone who is working with the homeless, this is not the right solution," Coleman says. "The right solution is looking at ways to house, and employ, and treat individuals who might be experiencing homelessness."

Caleb Sutton, deputy director at the Coalition for Homelessness Intervention & Prevention, testified that sit-lie ordinances in other cities haven't helped to end homelessness, and have lost some cities significant amounts of money.

Jane Henegar, executive director of the ACLU of Indiana, also spoke against the ordinance. She says the group has "grave concerns" about its constitutionality, primarily because enforcing its rules would "inevitably result in equal protection violations."

Local residents who spoke in support of the proposal argued that the downtown area feels unsafe because of aggressive panhandlers and an increased presence of homeless people, and hoped getting them off the street would help the city.

A number of audience members shouted throughout the meeting, particularly at people who spoke in favor of the ordinance. Some protestors said the ordinance "criminalizes homelessness," and some accused its supporters of participating in "class warfare."

After the meeting Republican Minority Leader Michael McQuillen, the proposal’s author, said he expected a bloodbath. And he quickly switched focus to another proposal about panhandling – one introduced by Mayor Joe Hogsett earlier in the day.

“Regardless of what happened here tonight, I plan to work with the mayor in a bipartisan fashion to help continue to cure homeless issues and get panhandlers off the streets,” McQuillen says.

McQuillen’s ordinance will still go to the full City-County Council, along with the committee’s recommendation to vote against it.

Tags:sit lie ordinanceMichael McQuillenIndianapolis City-County Councilhomelessnesspanhandlingdowntown
Support independent journalism today. You rely on WFYI to stay informed, and we depend on you to make our work possible. Donate to power our nonprofit reporting today. Give now.