INDIANAPOLIS -- The city councilor pushing for pay raises for both the mayor and members of the city-county council says they’re long overdue.

Democrat Mary Moriarty Adams has introduced a measure to give the mayor a $30,000 raise and councilors a $4,000 raise, first reported by WFYI.

"This is something that some of my colleagues and myself have wanted to do for awhile. Again, there’s never a right time," Moriarty Adams said before Monday's council meeting.

Most of the money needed would come from the salaries saved through the elimination of the four at-large council seats, according to Moriarty Adams. The proposal will be sent to committee.

Moriarty Adams herself did not run for re-election. The last raise for Indianapolis elected officials came in 2002. The $135,000 salary for mayor would put pay more in line with other Indiana cities and large Midwestern cities.

Republican minority leader Mike McQuillen says the raises should have been done earlier in the year so candidates running for the offices could have weighed in.

Mayor-elect Joe Hogsett told WFYI last week he would leave the raises up to the current council leadership and mayor.

The city will take out a $12 million loan to pay its remaining bills for a justice center it never built. The nearly $17 million tab was racked up in fees to developers and law firms that pitched and studied building a new, consolidated criminal justice center. The council declined to pass the proposal in July.

Councilor Aaron Freeman, a Republican, echoed many colleagues' uneasy feeling about taking out the loan. "It is ridiculous that we have to pay it, but someone entered us into this," he said. "And we have to honor that."

There was a lot of interest among councilors over delaying taking out the loan so all of the city’s bills could be vetted. But that would have bumped up against an end-of-the-year due date. Councilors want to have the bills independently audited and there was a lot of frustration over the fact the exact bills hadn't been tallied before Monday's vote.

Two law firms involved in the review process racked up bills that were hundreds of thousands of dollars higher than they first agreed to charge.

The city will have five years to pay back the loan.

Indianapolis will give an expansion of Eli Lilly’s research and development facilities a $6.6 million tax incentive. The Indy-based drug maker plans to build a $70 million research lab at its technology center on the city’s near southside.

The city-county council approved the tax break Monday night. The new facility is part of a $400 million expansion of Lilly’s insulin manufacturing capacities it announced in 2013.

Indianapolis will create a fund to support public art in low income neighborhoods. City-county councilors approved the creation of a "public art for neighborhoods" program.

Developers that receive public funds will have to devote one percent to public arts projects. Many other cities have similar programs. Several councilors expressed concern over the fund’s creation, saying the city should spend its money more more pressing issues. Proponents say it will encourage economic development and improve quality of life in struggling neighborhoods.

Tags:City-County CouncilEli Lilly and Co.
Support independent journalism today. You rely on WFYI to stay informed, and we depend on you to make our work possible. Donate to power our nonprofit reporting today. Give now. 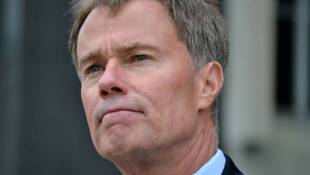 Indianapolis Mayor-elect Joe Hogsett could earn $30,000 more a year than his predecessor when he takes office next year as the city council considers raises for both its own members and the mayor.