A scaled-down plan has put a pulse back into a new consolidated Marion County criminal justice center, which would reduce the footprint of Indianapolis' jails and courts.

When a city-county council committee didn’t sign off on the new criminal justice center this spring, it seemed dead. Then expectations that Republican councilors would pull a few tricks to save the project didn’t come true at May’s full council session.

Monday’s council meeting could be the last opportunity for resurrection of the roughly $400 million justice center. It would be built on the old GM stamping plant on Indianapolis’ west side, bringing county jails and prisons all onto that site.

Council support for the project began to taper when its own review of the contract showed potentially higher costs.

Developer WMB Heartland Justice Partners spent the weeks since the May council meeting reworking the proposal. They met with several councilors and community groups.

"This issue really has caught us a bit by surprise, but hey, legitimate issues. Is the money really going to be a problem?" Joseph Aiello, a partner with the development firm, told WFYI. "So that’s what caused us to just unilaterally fix that problem."

WMB shaved $17.5 million off the construction costs by shrinking the complex. The updated proposal was shared with WFYI.

The main detention facility would have 448 fewer beds, making it slightly smaller than the current jail’s occupancy, instead of larger. The county sheriff would no longer have its own stand-alone headquarters. Instead, it would occupy a full floor of the courthouse.

"So what we now have is a plan which eliminates the short-term budgetary concerns as expressed by the council and concerns about the overbuilding of the facility as expressed by some council members and various groups such as IndyCAN," Aiello said.

The project would now cost $31 million less over its first decade than the original design, according to WMB.

The proposal is still not formally on the full council agenda since it wasn’t approved by a committee. A procedural move could call it up for a vote anyway, but only if there’s enough political will.

Republican minority council leader Mike McQuillen says his caucus is still interested in voting on this justice center proposal. "It’s not dead," he said this week. "It’s still in the conversation mode and we’ll see if those conversations are fruitful enough to get it called up on June 8th."

But there’s worry some councilors would rather start over under a new mayor.

The deal with the real estate firm holding the GM site for the city is only good through June and the financing WMB arranged expires at the end of the month too. But WMB says approval Monday would still keep the project on track.

Now it’s up to councilors whether changes are sufficient for approval. 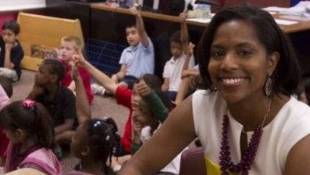 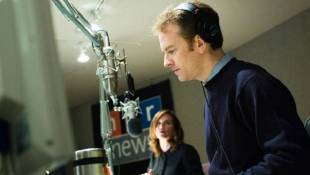 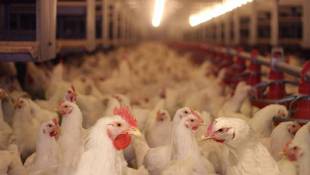 The avian flu has killed about 10 percent of the nation's laying flock population. Indiana has been fortunate so far, with only one confirmed case in a backyard flock.