“It’s also the ability for all of us to pick up a phone, call and say, 'Does this pattern look familiar? Is this something that you can spot? Is there a way that you can help us with this,” Donnelly says.

Donnelly says that includes being able to tap into the knowledge of the 589 special federal agents working in HIDTA programs across the country, and better coordinating intelligence with police departments.

“We also have to have a conversation as a community about the voracious appetite for drugs that Americans have. And we have to get that under control," Riggs says. "That will help a lot more than HIDTA and what we’re doing on the streets – but this is part of it certainly.”

Riggs says better quality of life in Marion and the other Hoosier counties is the long-term goal. 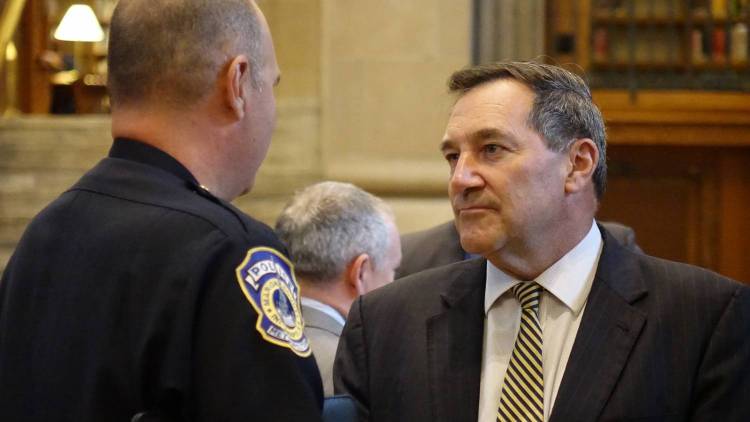 Tags:IMPDTroy RiggsIndianapolisJoe DonnellyMarion CountyHIDTAIllegal drug trafficking
Support independent journalism today. You rely on WFYI to stay informed, and we depend on you to make our work possible. Donate to power our nonprofit reporting today. Give now.