The first challenger for Joe Donnelly’s 2018 re-election bid has announced his candidacy. Mark Hurt, a Kokomo attorney, says his concerns about U.S. Sen. Joe Donnelly’s voting record prompted him to throw his hat in the ring.

At Shapiro’s Deli in Indianapolis, Hurt says he was disappointed in Donnelly’s voting record on the Iranian nuclear agreement and the Affordable Care Act.

Hurt says he supports President Donald Trump’s immigration order and sees it as a “cool-off” period.

“We have seven countries banned for 90 days. I think after 90 days, he’ll be able to put a policy together that will do that balancing act of keeping us safe, but not invading on civil liberties,” Hurt says.

He is currently a part-time deputy prosecuting attorney.

Tags:U.S. SenateJoe Donnellyelection 2018Mark Hurt
Support independent journalism today. You rely on WFYI to stay informed, and we depend on you to make our work possible. Donate to power our nonprofit reporting today. Give now. 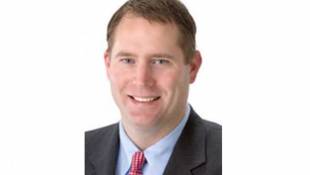 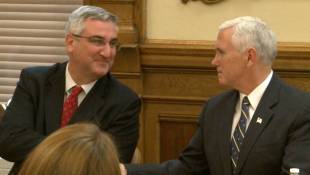