In the fastest-growing automotive segment, Ford only had one entry.  Compact crossovers have become the new mid-size sedan as sub-compact crossovers supplant sub-compact cars.  Ford has the Escape crossover, but needed something a little smaller – a vehicle to compete with the Honda HR-V, Chevy Trax, and Subaru Crosstrek.  Fortunately, there was the little EcoSport being built in India and it arrives stateside for 2018.

EcoSport is to the Fiesta what the Escape is to the Focus and one glance confirms the breeding.  It looks as if an Escape and Fiesta had untoward relations and this is the offspring.  That’s not an insult – both Fords are pretty handsome with their Euro bodywork.  A dark grille, LED signature lighting, and foglamps add glamour.  Hard to believe because they look like tiny doughnuts beneath the tall body, but those are 17-inch wheels under the fenders.

Pause for a second and look at the back of the EcoSport.  It has a nice rump, but how in Hades to you open the hatch?  I reached under the license plate lip, swiped my foot under the bumper, examined the key fob, and searched the interior for a button.  I was cussing Henry Ford himself until I looked at the taillamps.  Hidden in the right one is a chrome handle with hidden button.  The hatch actually swings out to the left – very cool.

Behind that hatch is a small luggage compartment, but the inner door panel is concave and the seats split/fold to expand capacity.  Most people will use the EcoSport as a daily commuter with one or two people aboard, so it’s a fair balance of passenger and cargo space.

Up in the passenger section, the front seats are roomier than the rears, but four can get to dinner just fine.  Keeping them comfortable are heated front seats, automatic climate control, ambient lighting, and power sunroof. Copper accents on the dash, doors, and as stripes in the seats add style. The touchscreen, which stands proud of the dash, makes it easy to access audio and navigation.  Apple CarPlay and Android Auto compatibility ease connections to smart devices.  Proper tuning and volume knobs are appreciated – as are blind-spot warning and rear camera to enhance safety.

Base models come with a 1.0-liter turbocharged three-cylinder engine delivering 123 horsepower and 27/29-MPG city/highway, but our up-level SES edition steps up to the available 2.0-liter four-cylinder that puts out 166 horsepower and manages 23/29-MPG city/highway.  All of that power is routed to the all-wheel-drive system through a paddle-shifted six-speed automatic transmission.  Tow up to 2,000 lbs.

I know what you’re thinking:  It seems like a little pint-sized gas-sucker.  Mustangs do better with twice the power, but high-riding boxes don’t have especially good aerodynamics, which is part of the issue.  Ford did add grille shutters and auto stop/stop to help.

Having spent many miles in the Fiesta and Escape, I was still pleasantly surprised by how the EcoSport drives.  The 2.0-liter engine produces enough power for a crossover this size and it seems to be on good terms with the transmission, though a couple more cogs would improve mileage.  As speed increases the steering feels heavier, imbuing the sense of a much larger vehicle.  The suspension manages the tall body and rough pavement reasonably well.  During a late-spring snow, the all-wheel-drive system made the EcoSport a poor weather champ.

Ford may have had to leverage its global resources to deliver an American-branded sub-compact crossover, and it’s a little late to the party, but at least it arrived in style.  Prices start at just $19,995, came to $25,325 as tested. 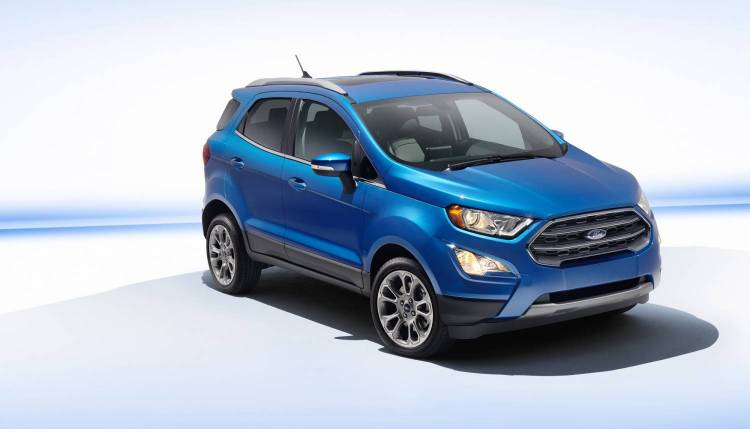 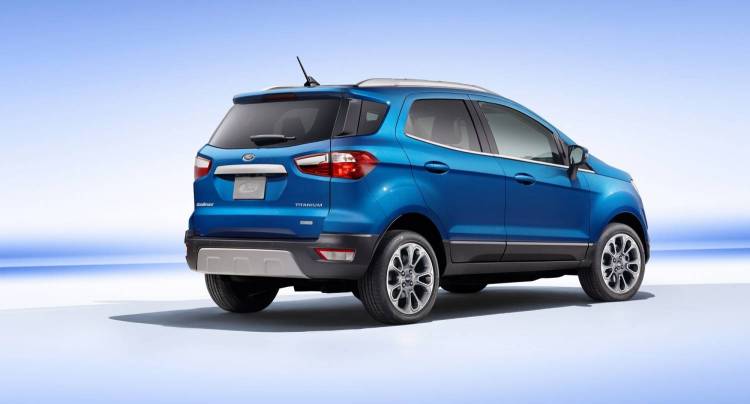 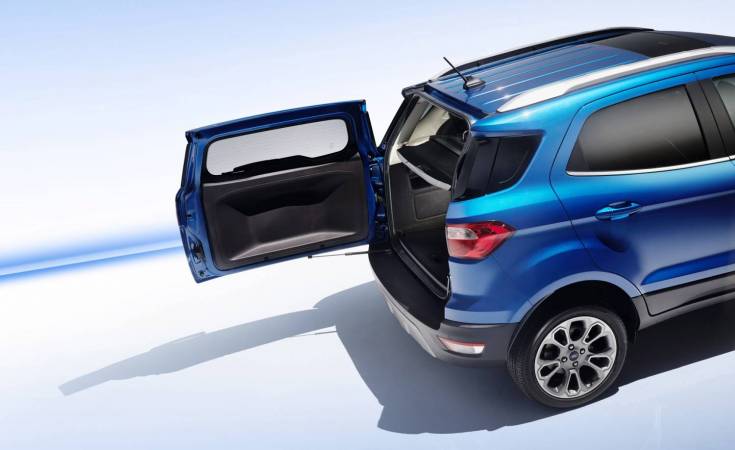 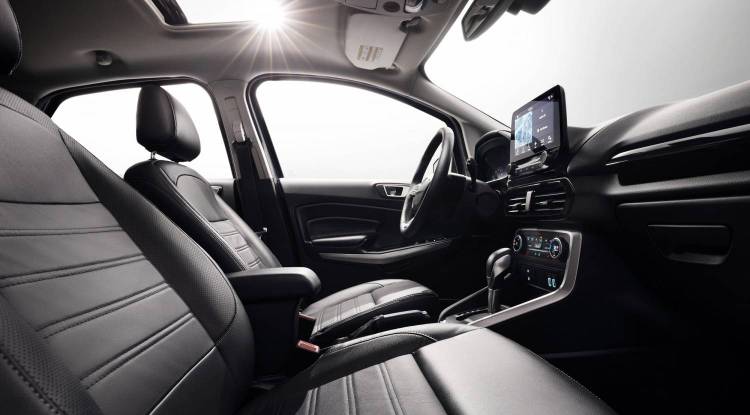 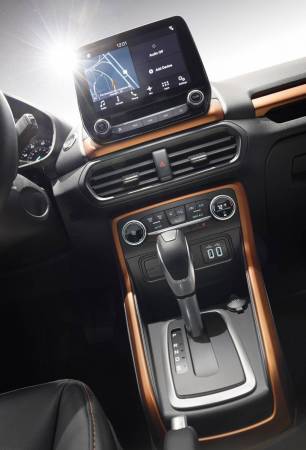 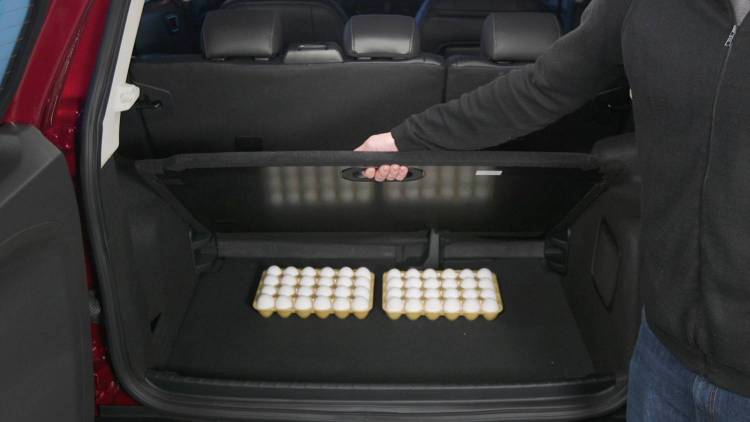 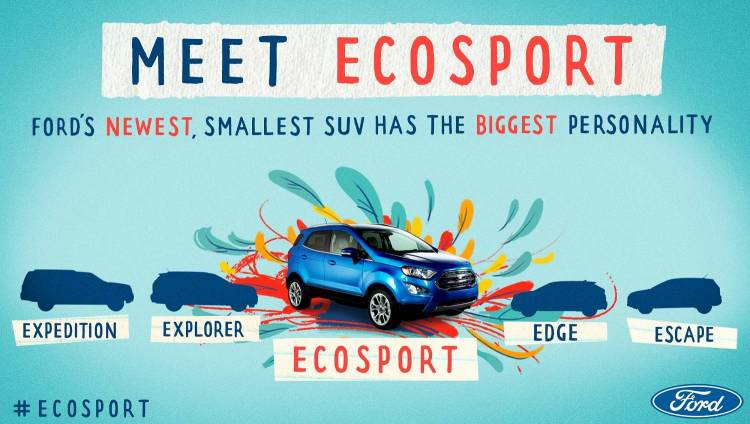 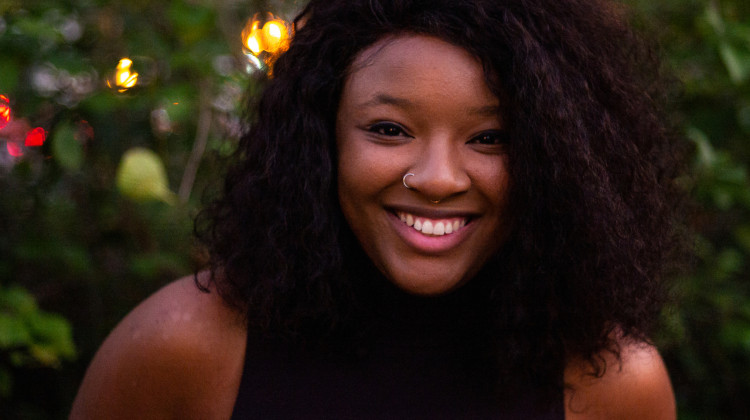 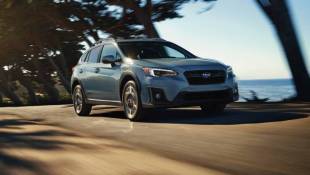 After an opportunity to drive the redesigned redesigned Subaru Crosstrek in South Dakota, atuo correspondent Casey Williams tries it out on the streets of Indianapolis. 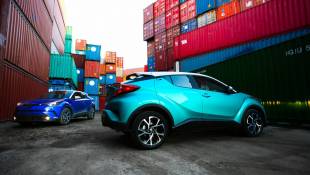 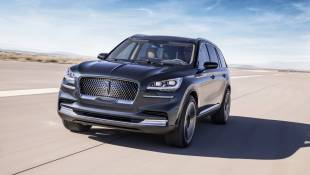 New York might seem like a strange place to find a pack of crossovers, but that's what automakers brought to this year's auto show.