INDIANAPOLIS -- She doesn't have an exact job title yet, but Kathy Davis wants to be known as a "city systems engineer" when she joins the new mayoral administration.

Mayor-elect Joe Hogsett, a Democrat, announced Davis is rejoining city government to look for efficiencies and cost savings. Davis said she'll work alongside department heads, not above them.

"The idea is not to get in the way of the people who have the line jobs, like the controller," she said at a Thursday press conference. "I think it's just to provide what help I can, really in the design work going forward."

She'll take a data-driven approach, Hogsett said. Davis' length of employment is a bit open-ended, Hogsett said. He is looking for outside sources of money to pay her.

Hogsett's relationship with Davis goes back to working together for former Gov. Evan Bayh. Davis has held fiscal jobs at the city and state level. She became the first female lieutenant governor in Indiana in 2003. She joined Hogsett's transition team last month.

Also Thursday, Hogsett announced Rev. David Hampton of Light of the World Church will be deputy mayor for neighborhoods. And Jeff Bennett will be the deputy mayor for community development. Bennett worked for Mayor Bart Peterson and now is involved in raising capital for non-profits.

Hampton and Bennett will focus on housing blight, unemployment and food security in the city's neighborhoods, Hogsett said.

Tags:Joe HogsettMayor of IndianapolisKathy Davis
Support independent journalism today. You rely on WFYI to stay informed, and we depend on you to make our work possible. Donate to power our nonprofit reporting today. Give now. 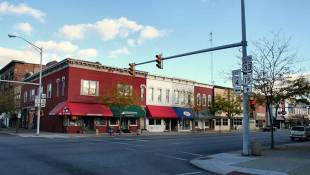 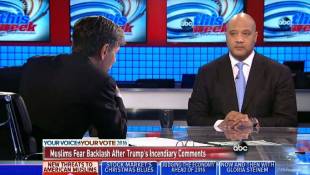 Carson, who's himself a Muslim, appeared on ABC following a week that saw acts vandalism - and even arson - levied against mosques across the country. And a new New York Times poll shows anti-Islamic sentiment in the United States at its highest level since just after the 9/11 terrorist attacks.