INDIANAPOLIS -- There are several municipal lawmakers leaving the ranks of the Indianapolis City-County Council at the end of this year. There are too, naturally, also new names to be added.

In all, 10 councilors are leaving, either through retirement or defeat at the ballot box. Four positions are also being eliminated, the at-large council seats, so there are fewer new councilors joining, seven in all.

Among those new councilors is Colleen Fanning, a northside Republican. This was 34-year-old Fanning’s first political campaign, in which she managed to beat out Democrat Kip Tew in a closely watched and expensive race to represent Broad Ripple and neighborhoods north, like Nora.

Moderate is also how Fanning also describes the part of the city she lives in. A big need of her district, she sees, is infrastructure improvements.

"As much or more than any other district, our roads are utilized both by people who live in the district but really by almost everyone who lives out of the district too because we have so many destination things for shopping and dining and things like that," she said.

Fanning is a self-employed wine distributor and also has a marketing business. She’ll be in a small minority like the rest of her Republican council colleagues, having to work with a Democratic mayor, Joe Hogsett.

"I’m going to give everyone the benefit of the doubt until I know otherwise and take everybody at face value," she said.

She’ll be willing to cross party lines when it’s the right move for her district’s benefit, she said.

Another new councilor, this one from the west side, is Democrat Jared Evans. Evans said in an interview what he’s looking forward to the most when he joins the council is working to solve the problems of his more rural westside District 22.

"I think the thing that’s going to give me the most joy is trying to get out and solve those real issues, like the flooding, the storm water, making sure that we have enough police," he said. "And that it’s fair."

He says he worries that Wayne Township and the business corridor along West Washington Street has been neglected, and he wants to rectify that.

"We want to create a sense of community, a destination, maybe start like a 5k or 10k race," he said. "Have something unique for the west side, here, that nobody else is doing in the city."

Evans’ victory in this district was a surprise upset that helped Democrats maintain a one-seat majority on the council. He beat Republican Bob Lutz.

Still, he says he won’t be afraid to step out of party formation – a trend he sees in younger politicians. "We’re not so much worried about party labels. You know, I’m a Democrat through and through," he said. "But at the end of the day, common sense is common sense. And that’s what you do."

Evans grew up in the area and is still surrounded by family. He was a star football play at Ben Davis High School, though the 31-year-old says his playing days are done.

The other new councilors being sworn in Jan. 1 are:

Democrats will maintain a one-seat majorty in the smaller council chamber - now 25 members. But for the first time, they'll share that majority with a fellow Democrat on the 25th floor -- Mayor-elect Hogsett, who will also be sworn in Jan. 1.

There are also several councilors who said goodbye at the last meeting of 2015 on Dec. 14. Among them was Mary Moriarty Adams, who has sat in the council chambers for 28 years, a period spanning four different mayors.

She was just the seventh Democratic councilor when she took office in 1988. But her party slowly gained ground and became the slim majority, which Moriarty Adams says at times has challenged relationships between councilors and the mayor.

"We as a council, both on the Republican and Democrat side, were not always on the same page as the various administrations," she told WFYI.

Narrow margins also means there’s been more partisan rancor amongst councilors. But Moriarty Adams is optimistic that a new council can get along. "I learned long ago when the council was 22-7 that it was important to reach across the aisle to get things done," she said.

"I think Mayor-elect Hogsett certainly has that skillset," she added.

Moriarty Adams said she’s most proud of being able to bring city services back to her eastside district the past three decades. When she retires at the end of the year, Monroe Gray will take over title of longest-serving councilor.

Republican Ben Hunter lost a re-election bid for an eastside district. Hunter's district became more Democratic after re-districting and his time will end after two terms on the council.

He said the biggest misconception about his time on the council is his caucus’ relationship with a fellow Republican, Mayor Greg Ballard. "It’s probably one of the most disappointing things in the last eight years," he said.

Hunter is another moderate Republican in a city that’s becoming more Democratic, putting pressure on his party. "The Republican Party in Marion County has to do a lot of soul searching, or they’re going to continue to not get traction."

Hunter says he’s very proud of his work helping to save the Guardians Home. His district converted the century-old orphanage into a charter school. "It was just fun to work on that and it will continue to serve children for years to come," he said.

Another departing councilor had some words of caution for those staying behind. Outgoing city councilor Pam Hickman warned her colleagues that they’ll have more to do, now that the council will be smaller. Democrat Hickman was an at-large councilor who lost a race for a district seat after the at-large council positions were eliminated.

The seven other departing councilors are:

CORRECTION: This article as originally published misstated the number of new councilors elected. There are seven, not six. Councilor-elect David Ray was omitted.

Tags:City-County CouncilIndianapolis
Support independent journalism today. You rely on WFYI to stay informed, and we depend on you to make our work possible. Donate to power our nonprofit reporting today. Give now. 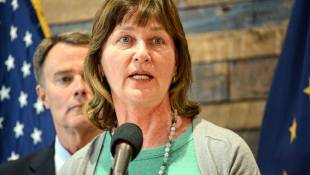 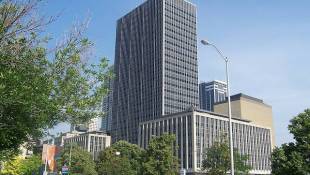 This was the Indianapolis City-County Council's final meeting of the year.