INDIANAPOLIS — The race for Indiana’s 9th District, a key congressional seat, was seen as a toss-up until election night. Republican Trey Hollingsworth won with 54 percent of the vote to Democrat Shelli Yoder’s 40 percent with 99 percent of precincts reporting.

“My promise to you is that we are going to get a better government every single day, starting tomorrow,” Hollingsworth said in his victory speech Tuesday night.

Throughout his campaign, Hollingsworth supported lower taxes, border control and more money going toward military spending. He said he made thousands of phone calls and knocked on more than 20,000 doors, because people are ready for a more efficient government.

But his platform was often overshadowed by the controversy concerning how little time he’d spent living in Indiana.

“We’ve known all along that Trey Hollingsworth only moved to Indiana a year ago to run for Congress,” Yoder said at a campaign event last week.

Yoder pegged him as “Tennessee Trey,” saying he is a Tennessee native who recently moved to South Carolina before moving to Indiana.

During the campaign, Yoder focused on job growth and improving infrastructure. She said she still plans to make a difference in the lives of families living paycheck to paycheck.

Following the results, Yoder thanked those who helped with her campaign.

“I think what we have seen is just a whole lot of Hoosier hospitality in this race,” Yoder said. “We got into this race back in August [2015] because we believed in this campaign and we believed in the 9th District.”

Hollingsworth’s spokesman, Rob Burgess, said he and the rest of the Hollingsworth campaign are overjoyed with the results.

“It is very clear that Hoosiers resonated with Trey’s message about going to Washington, clearing it up and returning the government to the people,” Burgess said. “We are excited to represent the entire 9th District, not just the Republicans who voted for us tonight.”

Adrianna Pitrelli is a reporter for TheStatehouseFile.com, a news website powered by Franklin College journalism students.

Tags:Election 2016Indiana's 9th DistrictTrey Hollingsworth9th Congressional district
Support independent journalism today. You rely on WFYI to stay informed, and we depend on you to make our work possible. Donate to power our nonprofit reporting today. Give now. 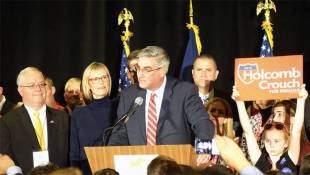 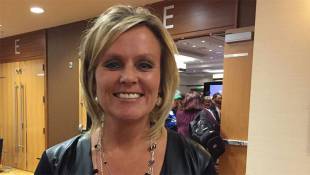