People wishing to show their support for the victims of last weekend’s mass shooting at an Orlando gay nightclub are lining up at blood banks across the country, including in Indiana. But current laws regarding who can give are causing frustration among the gay community.

For decades men who have sex with men weren’t allowed to give blood at all because of worries about the spread of AIDS. The FDA loosened those guidelines last year, but still requires that any man giving blood hasn’t been sexually active with another man for 12 months prior to the donation date.

Indy Pride President Jason Hinson-Nolen says that makes for a frustrating situation, because the targets of the event that’s generated the rush to give are the same group of people who aren’t allowed to donate.

“In addition to already feeling the emotions that come from the nature of the attack that happened, they’re feeling compounded emotions from the fact they can’t do anything to help,” Hinson-Nolen says.

Indy Pride scheduled a blood drive at its Indianapolis headquarters Tuesday evening, but is also encouraging ineligible people to volunteer their time or send money to victims’ funds.

Hinson-Nolen says he can see the events in Florida spur a movement to make blood donation policies more inclusive.

“Even on Sunday when we held a vigil, many of the conversations I heard were ‘what happens next,’” Nolan says. “’What do we do to make sure we’re safe and we’re supported in the future?’ I do believe the FDA ban is one of those ‘what’s next?’ [questions].”

Despite the lifetime ban being lifted, Indiana’s still in a transitional period when it comes to putting the FDA’s new guidance into place.

Indiana Blood Center spokeswoman Andrea Fagan says the policy requires changes to training, documentation and software. She says her organization should be implementing the new policy by the end of the summer. Similarly, the Red Cross says its Indiana centers expect to change their donation policy by the end of 2016.

Fagan says she hopes to bring back donors who have felt disenfranchised by the policy:

“It helps donors find a way back to donation, it’s a really personal thing, people who are deferred are often upset by that deferral,” Fagan says. “Being able to allow those folks to come back and be blood donors again I think is the real win there.”

She also says an influx of new donors could help ease some of the blood shortages caused in part by the Zika Virus. Summer is also historically a time when many banks experience shortages.

“There will be donors who will now be eligible again to donate. It definitely will help more than helping with the shortage,” she says, adding “every donor helps.”

In the meantime, thousands of Hoosiers are donating blood this week, both to celebrate Tuesday’s World Blood Donor Day as well as to support those in Orlando.

The Indiana Blood Center saw 60 appointments made for a drive Tuesday in Monument Circle. The center’s President, Charlie Miraglia, says the blood collected at drives across Indiana will help with the current shortage.

“We’ll be using this blood first for patients in Indiana, and then beyond our borders, wherever they need it,” he says. “Unlikely Orlando, because they’re so well-stocked right now.”

The center says they need about 550 donors every day in Indiana to keep supplies fully stocked. Any surplus of blood is redistributed to centers in need.

Tags:LGBTIndiana Blood Centerblood supplyOrlando
Support independent journalism today. You rely on WFYI to stay informed, and we depend on you to make our work possible. Donate to power our nonprofit reporting today. Give now. 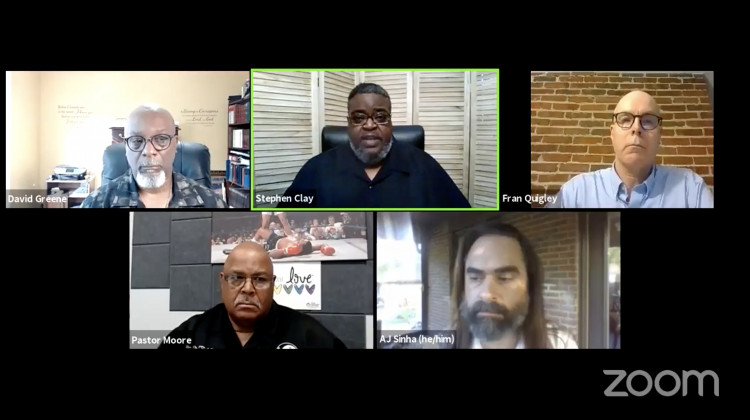 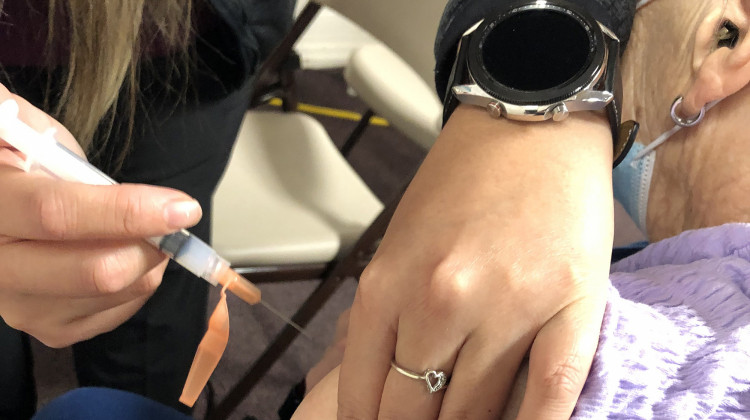 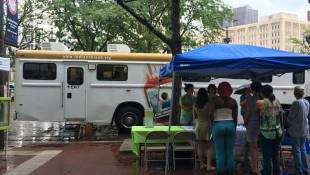 Thousands of Hoosiers donated blood on World Donation Day Tuesday, many of them in support of the Orlando victims.