More than 400 people sat on the ground inside the Sikh Satsang Gurdwara — a religious building for people of the Sikh faith — on the southside of Indianapolis on Sunday to honor the eight people who were killed in a shooting at theFedEx Ground Plainfield facility last year.

A hymn that translates as “Remember the Lord of the universe with each and every breath” was sung in English and Pujabi.

The central message of the prayer: community and service. 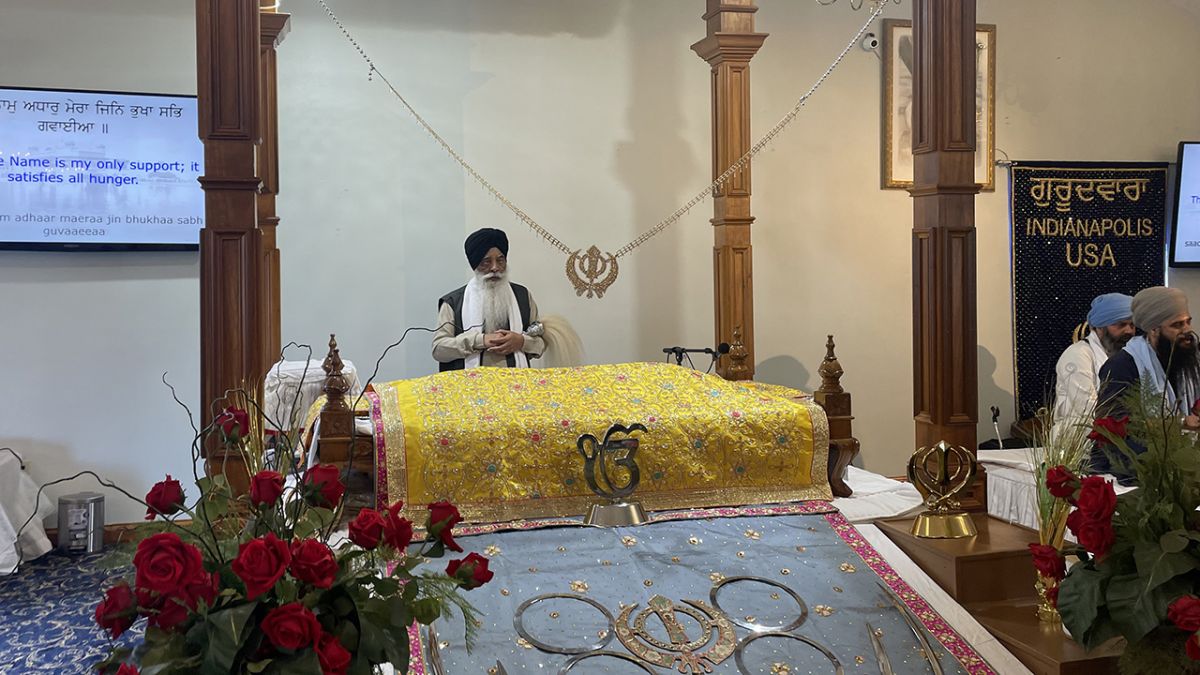 “As members of the Sikh community, it is important for us to recognize that the entire Indianapolis community has been impacted by the shooting at FedEx,” Gurpreet Singh, president of the Sikh Satsang of Indianapolis said in a statement. “Therefore, we are hosting this remembrance prayer to acknowledge the trauma, as well as to support all the families and community members.”

In July, the FBI concluded that the shooter, 19-year-old Brandon Hole, was motivated by suicide, not racial basis. Still, the shooting sparked fear in Indianapolis’ Sikh community, founding member of the Sikh Satsang K.P. Singh said.

“Our healing will come as we are assured that we are part of the community and that our front and back is being watched by law enforcement and the community,” Singh said. “There are still a lot of challenges … in regard to people understanding and knowing that [Sikhism] is only an article of faith.”

“I have the same pain and suffering that anyone else does.”

In response to the shooting, the Indianapolis-based Immigrant Welcome Center received funding through the federal Victims of Crime Act to launch a virtual resiliency center. The center will hire two Punjabi-speaking navigators to identify needs within the Sikh community and connect them to resources.

“[The goal is to] create these wraparound services,” Gurinder Hohl, CEO of the Immigrant Welcome Center said. “The impact of an event such as a mass shooting is not one and done. It has a continual impact, and we want to be able to address the needs of the community members.”

Alongside Eskenazi Health, the center will help facilitate connections to physical and mental health support, transportation, job training and other services.

Tags:Sikh communityFedExshootingMayor Joe HogsettIndianapolis Metropolitan Police Department
Support independent journalism today. You rely on WFYI to stay informed, and we depend on you to make our work possible. Donate to power our nonprofit reporting today. Give now.