An Indianapolis police officer’s use of force is being investigated following a man’s death.

According to the Indianapolis Metropolitan Police Department, police responded to a disturbance at about 3:20 a.m. Monday in the 3700 block of Marrison Place. When officers arrived, they encountered an adult man and his parents. The man’s father told officers that his son was “having a psychosis” and asked for an ambulance.

The man was moving in the home while naked and sweating, according to IMPD. Officers saw the man was bleeding from his mouth. The man moved out of the officer’s sight several times, and despite de-escalation tactics, the man advanced toward an officer. The officer activated his taser twice, and IMPD said the man continued to resist.

Medics entered the home, and when the man, who was handcuffed, was asked to roll over, he did not respond. Medics checked for a pulse, and the handcuffs were removed. Several officers began giving CPR, IMPD said.

The man was taken to a local hospital, where he was pronounced dead. The incident is still under investigation, and once criminal and administrative investigations are completed, the civilian-majority use of force board will conduct a review.

Tags:Indianapolis Metropolitan Police Departmentcrime
Support independent journalism today. You rely on WFYI to stay informed, and we depend on you to make our work possible. Donate to power our nonprofit reporting today. Give now. 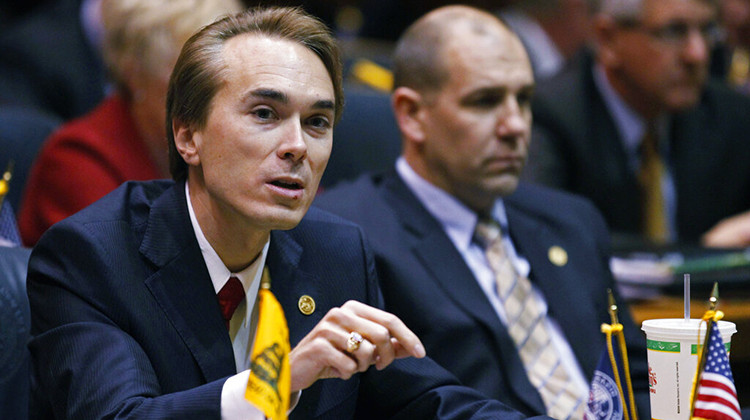