Half a dozen faculty at Indiana University said they’re bracing for striking graduate student workers to lose their positions. They said their concerns stem from information they’ve learned at closed-door meetings with the Provost and other campus administrators.

Several faculty members independently said IU Provost Rahul Shrivastav has intimated that the university is prepared to not reappoint or fire graduate student workers involved in a labor strike.

One said during a meeting where picketers audibly chanted outside, Shrivastav cited actions at the University of California, Santa Cruz where dozens of students lost their jobs following a strike. Some were reinstated months later, after negotiations with the union.

The university confirmed it will support departments to pay professors extra money to complete the work not done by striking graduate students. Several faculty expressed surprise at hearing that in meetings, and said the money could have gone towards further raises that the striking workers are demanding.

A spokesperson for the school said Shrivastav reiterated policies that faculty approved several years ago and student academic appointees agreed to when they took their positions.

The spokesperson also confirmed the provost had been “examining” issues of concern to graduate students before he began his role officially, but held meetings this semester with students and faculty to learn more specifics. In a written statement, the spokesperson said the result of those conversations include a 5 percent wage increase, a minimum stipend of $18,000 and further tuition waiver flexibility.

Many graduate student workers said that's not nearly enough and that they'll remain on strike until the administration recognizes their union as an official bargaining unit.

Stay in touch: sign up for the Indiana Two-Way by texting "Indiana" to 73224.

Tags:Indiana Universitystrikeunionsgraduate workersBloomington
Support independent journalism today. You rely on WFYI to stay informed, and we depend on you to make our work possible. Donate to power our nonprofit reporting today. Give now. 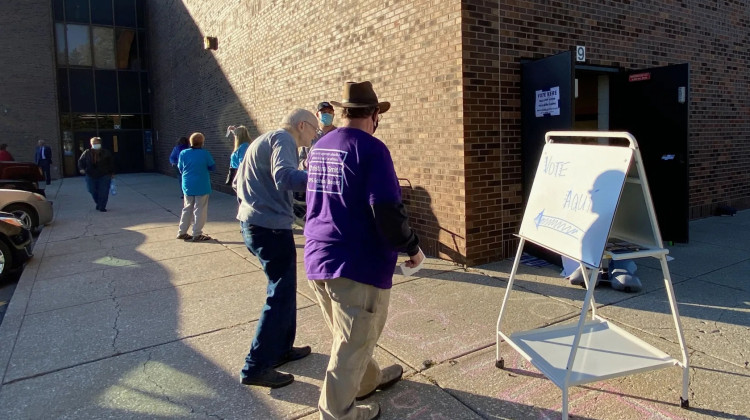