Part Two of a Three-Part Series

In the spring of 1964, a young Harvard student, who would go on to become an Indiana University Law professor, was approached to take part in Freedom Summer – registering black voters in the south.

William Hodes was in the second semester of his sophomore year at Harvard when he was recruited to take part in Freedom Summer. He was assigned to Greenwood, a key site in Mississippi for the Student Nonviolent Coordinating Committee. Prominent SNCC leaders Stokely Carmichael and James Forman also called Greenwood home during the project, a boon for Hodes as he found himself immersed at the heart of the legal and legislative efforts being crafted for the movement.

“I was very lucky to be very close to the - really the central planning of the whole summer effort," Hodes said. "We stayed in the homes of very brave, local black families.”

Housing the mostly white volunteers that summer put black Mississippi families at risk of reprisals by police, their employers and the Ku Klux Klan. All of the hundreds of volunteers were first called to Oxford, Ohio for a thorough training on how to use non-violence tactics if confronted or arrested, to clarify the mission and bring the harsh realities of the danger of the racist south into clear focus.

“Part of the overall Freedom Summer effort was not only to bring national attention because, the fact of the matter is, you weren’t going to get full attention until a lot of white people, frankly, from the north, were involved and that was part of the plan and we understood that – and were glad to put our bodies on the line to bring that attention," Hodes said.  "But the second effort was to educate and strengthen the local community to fight for their own rights.”

Hodes says he had two main activities that summer – canvassing and registering sometimes very fearful black voters for the upcoming election in 1964 and organizing the Mississippi Freedom Democratic Party. Mississippi already had a Democratic Party – but it excluded blacks and minorities. The Freedom Party would elect its own delegates and challenge the all-white delegation that year at the Democratic party’s national convention in Atlantic City.

'He’s the one who’s been making trouble.'

In racially segregated Greenwood, crossing to the next block sometimes meant crossing a dividing line between black and white neighborhoods. While canvassing one day to gain support for the Mississippi Democratic Freedom Party, he found himself in trouble.

"I went to somebody’s door – you know – knocked on the door as I had and a white woman appeared. You know, I screwed up my courage and I said, 'Hey, we don’t discriminate against people.' And I showed her the same petition that I had just shown 10 black women that had opened the door," Hodes recalled. "She didn’t do much. She refused and she looked at me kind of suspiciously. And about 10 minutes later, I was picked up by the police and, I think, I’m pretty sure it was the same woman. She sort of pointed me out and said, 'Yeah, he’s the one who’s been making trouble.'"

Even before leaving the nonviolence training in Ohio, Hodes - and the rest of the world - were aware of the dangers of the Freedom Summer workers. It was front page news that three volunteers who had left the training early to investigate a church bombing in Philadelphia, Mississippi – Mickey Schwerner, James Chaney and Andrew Goodman – had not returned from their mission and were feared dead.

“It was very, very scary. I will tell you that. I was taken to the local lock-up. I was charged, I think, with disorderly conduct or disturbing the peace," Hodes said. "I was put in a sort of like a holding cell with several people. I think I was the only voting rights people. I was probably in with the town drunk.”

A couple of people from SNCC posted bond and safely escorted him from jail. Once he returned to school, Hodes changed his major and set his sights on law school, where he studied the case of his arrest – and the thousand others – from the 10 weeks of Freedom Summer.

“I just became fascinated with how what was happening on the streets in real life was actually being driven by the legal strategy behind it all,” Hodes said.

Hodes went on to become a professor at Indiana University Law School in Indianapolis – retired from there and is now has a consulting practice in Florida. He also clerked for Supreme Court Justice Ruth Bader Ginsburg, who was one of his law professors at Rutgers. 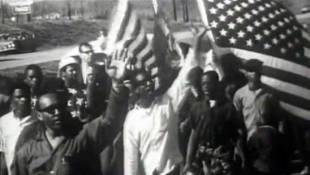 2014 is the 50th anniversary of Freedom Summer - the effort to register African American voters in southern states. Hundreds of mostly college age young people took part - including several from Indiana. 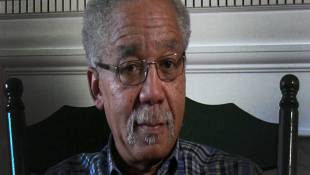 In 1964, the son of a prominent Indianapolis black minister was recruiting participants for Freedom Summer - the 10-week drive in the Jim Crow South to register black voters.