Indiana teachers began this school year under the gun.

Then, the U.S. Department of Education said Indiana had to take a completely different type of ISTEP exam this year -- a year earlier than many expected -- if the state wanted to maintain its federal waiver and control over millions of dollars in federal funding.

“I know our anxiety level was extremely high,” laughs Kathy Herald, an English Language Arts coach at Indianapolis Public Schools. She and Felicia Sears help design how English and reading is taught at the district’s 60 or so schools.

At IPS and other public districts, teachers and curriculum directors rushed to absorb these new guidelines that replaced the Common Core, an earlier but an increasingly political and controversial set of math and English standards that Indiana had adopted only a few years ago.

Now, more than a semester into the school year, many teachers have adapted.

But the real test is yet to come: how will students fare on the new ISTEP?

Felicia Sears says teachers have been somewhat heartened by seeing that the practice version of the ISTEP is parallel with the skills they're teaching. But students, she says, are being asked to think much deeper than before.

“We have a lot of the same skills this year -- a lot of the same concepts carried over from the old standards. However, what students are expected to do with those standards has gone to really a higher level,” Sears says. “So the depth of knowledge that they go into with each of those standards is really what has increased. So they are asked not only to identify a central idea but they are asked to analyze it and find certain elements within the text that are going to support it as well.”

Standards are basically a framework of when students should master certain skills, such as explaining how a plot unfolds in a book and how characters respond, or solving real-world problems with rational numbers.

The state’s new standards are called Indiana College & Career Ready Standards -- a set of math and English guidelines very similar to Common Core State Standards and related to an even older set of Indiana standards some schools were still using until this academic year.

A bipartisan group of state education superintendents and National Governors Association created the Common Core. Indiana signed on to the standards in mid-2009. In 2014 it became the first state to withdraw from it.

Indiana College & Career Ready Standards, just like Common Core, emphasize critical thinking, reasoning, and communication skills. The new ISTEP draws on that and asks student to not just provide the answer but to explain how they got there.

But teachers worry some students are falling into learning gaps because of Indiana’s revolving door of classroom expectations.

“For my current eighth graders this is their third set of state standards they've been learning under in the last four years,” says Thomas Hakim, a math teacher and department chair at Northview Middle School in Washington Township.

At the start of each of Hakim’s classes, students run through a series of math problems to get their brains pumping.

“We've started the year and we are teaching the new standards but you are finding -- and at no fault of a prior teacher or the kid themselves or the families -- there are learning gaps there,” Hakim says. “As standards have kinda moved around between grade levels there is the possibility that a child didn't get something in seventh grade under old standards, they are now expected to already know under new eighth grade standards.”

Hakim says if teachers remain focused on teaching these new rigorous standards, students will be prepared for the ISTEP’s complex questions.

"We don't just ask questions like, what is the answer to number four? It is 32? No,” he says. “It's not good enough, right? It’s -- ‘explain how you got there or what if this happened, here is a mistake that was made - explain what you have to do to fix it.’”

A Drop In Scores?

State Deputy Superintendent Danielle Shockey says there is no question that this year’s ISTEP will challenge students more than last year's exam.

“Now it is about the depth of knowledge,” she says. “How can you take these three skills and how can you bring them together and apply that knowledge and show a depth of learning? So I do think there is a pretty big broad difference between the ISTEP of old and the College and Career Ready ISTEP.”

So how are students expected to score on the new ISTEP? Based on precedent, not good.

In New York and Kentucky -- states that also faced new standards and a so-called college and career ready exam -- the number of students passing the math and reading portions dropped drastically.

“We anticipate a similar thing to happen in Indiana,” Shockey says. “Again, it is is not because our students are less qualified or our teachers are not still doing an amazing job teaching to the standards and supporting their students -- but rather we are measuring something different. So it is like resetting the baseline."

That drop in scores is concern to many teachers and school leaders. ISTEP scores are used in calculating a teacher's evaluation and a school's grade on the state's A-F accountability scale. State Superintendent Glenda Ritz wants the General Assembly to "freeze accountability" on the exam scores this year. Gov. Mike Pence does not support a pause.

Back at IPS, academic coach Kathy Herald says classroom educators are waiting to see how students handle the new ISTEP before they recalibrate how they teach the new standards.

“Our teachers approach these standards the same as they did the (former) Indiana academic standards -- I don’t think they are really nervous about them,” Herald says. “But I think they may be after this round of ISTEP. They may decide they need to change some things instructionally.”

Indiana schools have until March 20th to complete part one of the ISTEP. The second part of the test begins April 27th. 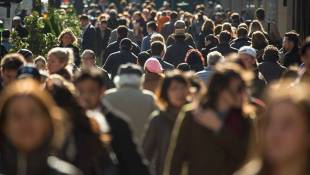 Share What You Know And Become A News Source