"Once Again, We Start Over" 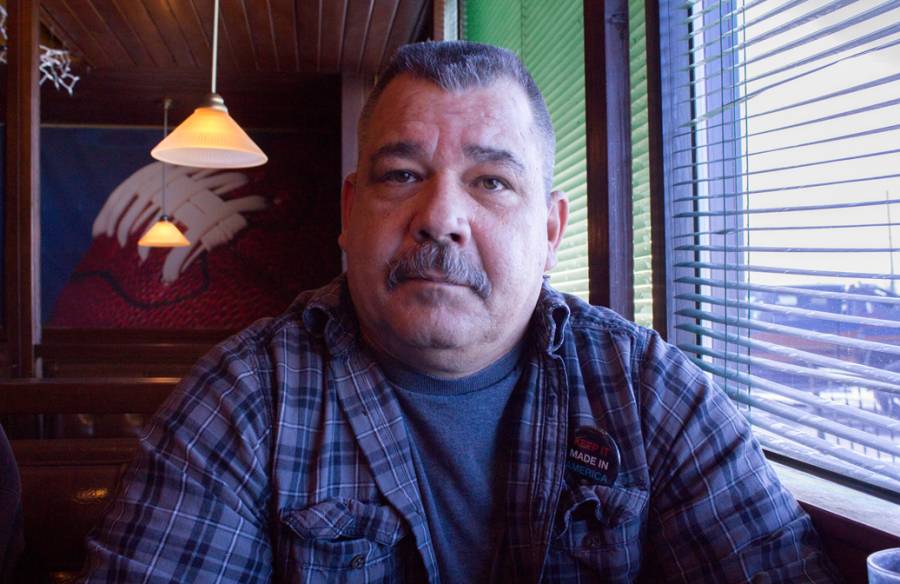 "Is Rexnord a patriotic, good American citizen? Absolutely not, not in my opinion," says Tim Mathis, who has worked at the plant for 12 years. "In my opinion they’ve committed the ultimate act of betrayal." (Photo by Drew Daudelin)

Near the end of 2016 the Carrier story went big. Donald Trump came to Indianapolis, announcing he helped save hundreds of the company’s jobs from leaving the country. One mile away, workers at another factory watched with mixed emotions.

The 300 men and women losing their jobs at Rexnord are facing a harsh reality familiar to millions of working-class Americans.

Tim Mathis is one of them. He makes a daily one-hour trip to work at the plant on the west side of the city.

He’s about to lose his job because the factory is shipping operations to Monterrey, Mexico. The average salary the company pays its workers will drop from about $25 an hour to about $3 an hour.

"This truly is the calm before the storm, because that storm is coming, and it’ll be here in just a few weeks, for 300 people," Mathis says.

Mathis is 51, and this isn't the first time he's been through a closing. Before Rexnord he worked at a factory in Greensburg until his job was shipped overseas.


He says closings like these have deep, far-reaching consequences.

Mathis and I met at Sully’s Bar & Grill, a popular hangout for workers from Carrier. That’s the factory Donald Trump often brought up at campaign rallies, when he promised to incentivize companies to stay in America and punish the ones that leave.

"All you have to do is take a look at Carrier air conditioning in Indianapolis, they left, fired 1,400 people, they’re going to Mexico. So many…hundreds and hundreds of companies are doing this. We cannot let it happen," Trump said during his first debate with Hillary Clinton.

Months later Trump partially followed through on his promise, when Carrier announced that his influence kept hundreds of jobs from leaving.

Mathis says it was bittersweet to watch the story unfold.

The Rexnord workers are losing their jobs, but they still don’t know when.

Mathis can’t take a new job without knowing when his old one will end. And if he quits early he’ll lose his severance package, one week’s pay for each of the 12 years he’s spent working at the plant.

"For myself and my family, we’re gonna need that money to move forward," Mathis says.

"Our lives are based on what we make today, and as those wages are reduced, we have to adjust." – Tim Mathis


There are programs in place to help workers laid off as a result of foreign trade, namely the Trade Adjustment Assistance Program that helps them get certified for new types of jobs.

Mathis doesn’t know yet if he’ll use it. But for him, and others I spoke to from Rexnord, getting a job isn’t the problem. The challenge is getting a job that pays the salary he’s used to, and learning new skills at an age when most people hope to be a career veteran.

"Our lives are based on what we make today, and as those wages are reduced we have to adjust," Mathis says. "Once again, we start over. The older you get, to start over, the harder it gets."

The U.S. lost five million manufacturing jobs between 2000 and 2014, according to the Economic Policy Institute.

The reasons behind that trend are another story. But Mathis, like President Trump, blames trade deals like NAFTA for what’s happened to him.

"There are American families, hardworking American families, that are being put through hardships because of these trade laws," he says. "Our lawmakers have to be able to see this. They’re the ones that have to stop the bleeding. It’s got to stop. If it continues, where do we work? Where do our kids work?"

Mathis says young workers will have to fight for better trade laws, or these kinds of high paying manufacturing jobs could be a thing of the past.

Tags:jobsCarrier Corp.manufacturingoutsourcingRexnordfactoryTrumpTim Mathis
Support independent journalism today. You rely on WFYI to stay informed, and we depend on you to make our work possible. Donate to power our nonprofit reporting today. Give now. 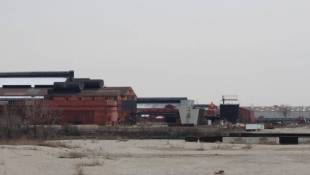 Columbus, Kokomo, Lafayette and Elkhart would be among the most impacted in a potential trade war, according to a report from the Brookings Institute.