Program To Use Intervention, Support To Tackle Gun Violence In Indianapolis

Indianapolis’s criminal homicide rate has been on the rise in recent years. The majority of deaths are from gunshots and young black men are more likely to be killed. The city recently announced the adoption of a program to reduce the number of gun related deaths.

The Gun Violence Intervention strategy works to identify individual people most at risk of being shot or shooting someone. Those people will get intervention, mentorship and support.

"Where they are engaging the community to be able and take them out of the street life and so they can go into a more productive life," says Allen.

Faith in Indiana has been advocating for this program for the past few years. Allen says there will also be training from those using the strategy in other cities.

"The national experts will be able to come in and be able to train our people and fully implement this strategy to reduce gun violence in the black and brown community," says Allen.

The city’s police department and public health and safety arms will work together with the community.

Indiana’s firearm mortality rate is higher than the national average.

Tags:Indianapolisgun violenceGun Violence Intervention
Support independent journalism today. You rely on WFYI to stay informed, and we depend on you to make our work possible. Donate to power our nonprofit reporting today. Give now. 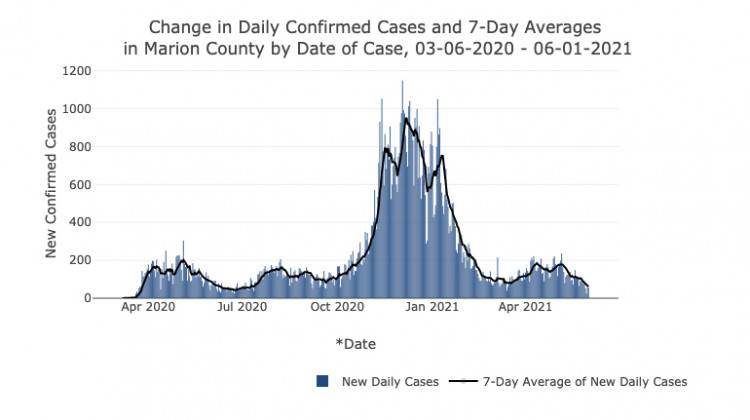 So far, about a third of Marion County residents are vaccinated, but city officials want to have half of the county with shots by July 4.
Read More