INDIANAPOLIS - Watching her sister deal with a diagnosis of autism inspired Madeline Zielenski’s career path from an early age.

“I feel like one of my first memories was deciding that I was going to be a counselor.  I just assumed from the time I was very small that I would go and pursue a Ph.D. in psychology,” Zielenski said.

But Zielenski, 26, says she had a reality check when she added up the costs of earning a psychology degree.

“There’s no incentive, the work is mission work and very hard, and it’s demanding and the pay is little to none,” she said. “In order to get to a position where you’re qualified you have to spend a lot of money. It just doesn’t make sense.”

Zielenski was forced to rethink her career goals because of money. She’s now finishing her associate’s degree at Ivy Tech and working as a coordinator for a mental-health advocacy group.

The high cost of education and the perception of low pay for many human service or mental health-related jobs are contributing to a labor shortage in Indiana and other states – one that is even more acute when it comes to those who specialize in children’s mental health.

At the top end of the scale, psychiatrists’ salaries are higher on average in Indiana as  compared to other states. The median annual wage for a mental-health counselor is about $41,000 – slightly higher than neighboring Illinois, but slightly lower than Ohio.

With one provider for every 750 people, Indiana is below the national average in the ratio of psychiatrists and mental-health workers per capita, said Kevin Moore, the director of the state’s Division of Mental Health and Addiction.

In 2014, the Indiana legislature passed the Mental Health Loan Assistance Repayment program, which helps eligible applicants repay up to 25 percent of their student loan debt, not to exceed $25,000 a year. The program is limited to Indiana residents who are accepting new, full-time jobs in the state.

Moore praised the program as a good step to help those who want to work in mental health.

“This helps place mental health and addiction workforce on a level playing field with other areas of study,” Moore said.

Bethany Littrell is a behavioral health counselor working with young people and like Zielinski, she also thought she’d be a doctor when she grew up but then encountered the financial constraints.  As a licensed counselor, Littrell received her master’s degree and now actively seeks out loan repayment programs like the one the state is offering.

“I’m signed up for pretty much any one I can and I advocate for that with our interns,” she said.

Tags:FSSAchildren's mental healthriley hospital for childrenst vincent health
Support independent journalism today. You rely on WFYI to stay informed, and we depend on you to make our work possible. Donate to power our nonprofit reporting today. Give now. 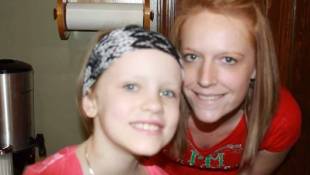 A 12-year-old girl with a long history of mental illness is receiving care with the help of a state program called the Children's Mental Health Initiative, but treatment, diagnosis and answers remain elusive. 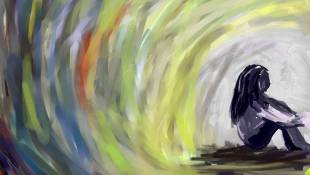 The latest data from Indiana Youth Institute's Kids Count shows kids in Indiana have a higher rate of mental health problems than the national average.