Indiana’s secretary of state, auditor and treasurer were sworn into office Monday. All three women won re-election bids in November.

Secretary of State Connie Lawson has served in the position since March 2012. During her inauguration speech, she promised her office would take an active role in financial management and election security.

“My office will remain vigilant and will work with all stakeholders to ensure that every Hoosier’s vote is safe and secure,” Lawson says.

Auditor Tera Klutz was appointed to the position in 2017 after Suzanne Crouch was elected lieutenant governor. Klutz spent most of her speech thanking her staff and colleagues who helped her take on the statewide role two years ago.

“If you saw my commercials, you know I’m excited to get back to work. Making processes more efficient, implementing internal controls, transparency, processing payroll – you know, the boring but important stuff that can make or break an organization,” Klutz says.

Kelly Mitchell was sworn in for her second term as state treasurer. She says she will continue her efforts to expand the state’s College 529 plans and expand the new ABLE Indiana program, which helps Hoosiers with disabilities invest.

“I know every dollar my office earns in interest income for the state, is one less dollar that taxpayers will have to pay in taxes to fund government services,” Mitchell says.

Gov. Eric Holcomb praised the hard work of all three officials before they were formally sworn in.

“With this trifecta’s foundation to build on, I cannot wait to see what the coming years – the coming four years – yields for our state and most importantly the Hoosiers we all serve,” Holcomb says.

Democrats have not held any of the three offices since 1994. 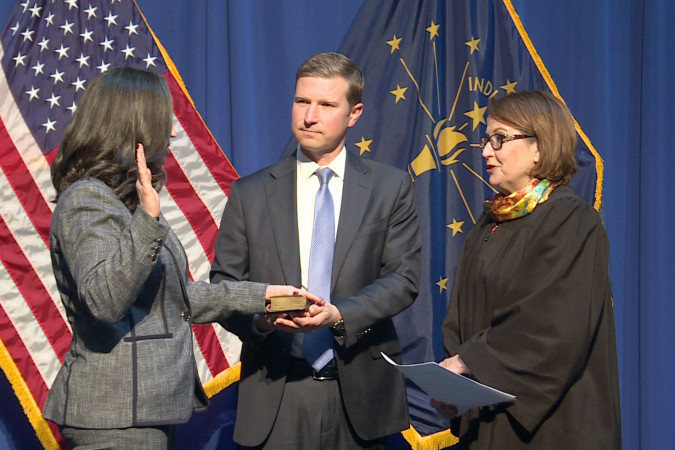 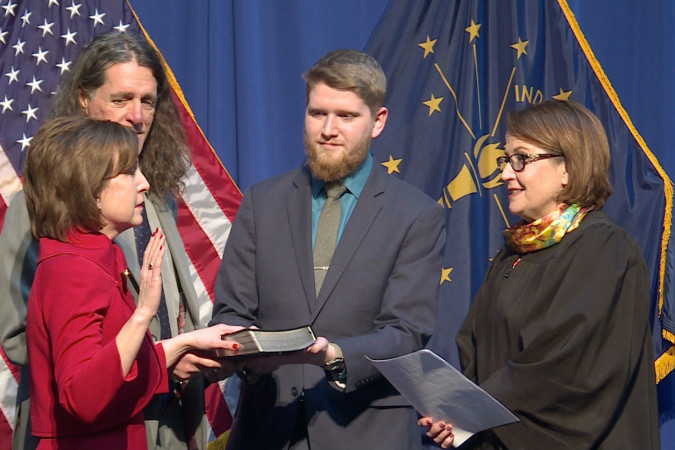 Tags:Indiana Secretary of Statestate auditorstate treasurerConnie LawsonTera KlutzKelly Mitchell
Support independent journalism today. You rely on WFYI to stay informed, and we depend on you to make our work possible. Donate to power our nonprofit reporting today. Give now.