When Bart Peterson woke up, Wednesday, he had no idea he was going to marry Pete McNamara, his partner of 21 years.

“We really hadn’t thought it would happen for so long that it wasn’t really something we thought about a lot,” said Peterson.  “We didn’t think it would happen or it would be a very, very long time.”

But, while eating lunch, Peterson got a text alert about the ruling against the state’s same-sex marriage ban.

"It's like wow, we got to go.  I've got to get a hold of Pete and figure out what to do," said Peterson. "He was in a meeting and I called him and I couldn't talk because (McNamara) was leading the meeting.  And so, he said 'I'll call you right after the meeting.' And, we said, 'let's go.'"

"So we just walked up and here we are," said McNamara.

The two filled out all the paper work and then with Marion County Clerk Beth White presiding under a decorated white arch in the clerk’s office, Peterson and McNamara officially wed.

For hours, same sex couples filed into the clerk’s office.  There were cheers, hugs, and tears of joy.

Chris Paulsen also fought back tears of triumph as she prepared to fill out her marriage license.

"We had a ceremony in our church 15 years ago and validated us. That was what our family needed to see, but this is now legal," said Paulsen.  "It doesn't mean anything to us, but it means a lot to the outside world.  I can introduce her as my wife and not my partner.  It sounds like you are in a business together, so now is she is actually going to be my wife."

Paulsen and her now wife, Deanna, have been together for 17 years.

For the past 10 years, Paulsen has been on the front lines fighting for Indiana to allow same sex marriage. She is the President of Indiana Equality Action and says the emotions felt Wednesday prove why she continued to fight so hard.

"There are times we got frustrated, but we never thought about giving up," said Paulsen.  "We've done this for years and people before me have done this.  We've been doing this for ten years and it's all worth it."

Rene DeLano and Tricia Pohlman have been waiting for more than two decades to legally call each other wife and considered going out of state to do so.

They were one of the first in line at the Marion County Clerk’s Office, Wednesday.

The couple of 27 years has two kids, and while they also say they don’t need a piece of paper to define their family, Pohlman and DeLano say the license defines their fight to say they are.

"It's just benefits and things that everybody else has taken as a constitutional right that we can now share after 27 years," said Pohlman.

"Just becoming more of a family," DeLano said of the importance of the day.  "Just the hope that everyone else would see us as we see ourselves, as a family, as a unit."

By mid-afternoon, the line at the Marion County Clerk’s office was out the door.

But, for these Hoosier couples who have waited a life time for their right to marry, they happily waited knowing they would finally be able to. 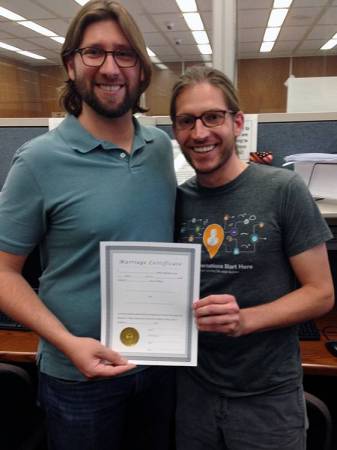 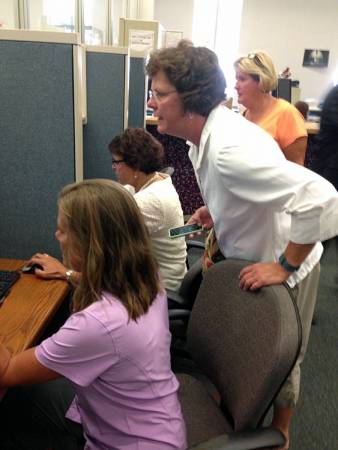 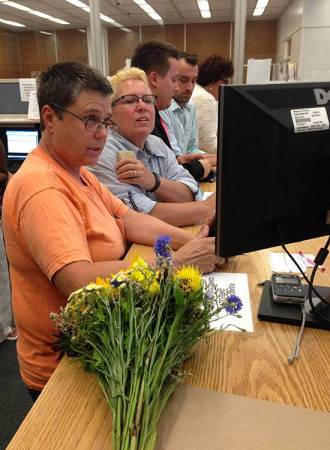 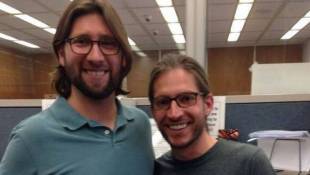