INDIANAPOLIS - Indianapolis Mayor Greg Ballard signed an emergency declaration Tuesday that clears the way for Department of Public Works to close streets and access private property in order to clean up debris from storms that rolled through the region Monday and into the early hours Tuesday morning.

Crews were searching Tuesday for a 37-year-old man who was swept away by floodwaters while trying to cross a small creek in Brown County to check on his grandmother's home.

Many central and southern Indiana communities faced scattered road flooding and power outages after strong thunderstorms swept across the state. Approximately 14,600 Duke Energy customers remained without power as of early Tuesday afternoon in the hardest hit communities, including Columbus, Madison, Seymour and Franklin.

The storms forced extensive cleanup work at the Indianapolis Motor Speedway just 10 days ahead of events for NASCAR's Brickyard 400.

Speedway president Doug Boles says many trees and tents around the track were blown down by the storms.

Power companies reported nearly 50,000 homes and businesses without electricity Tuesday, while downed trees also damaged some homes. A power outage caused the Indianapolis Children's Museum to close for the day.

Emergency workers also helped people from vehicles and some homes surrounded by water in the Columbus area.

The weather service plans to survey the Lafayette area for a possible tornado. Meteorologist Mike Koch said there was wind rotation in the storms around Lafayette.

Tags:severe weather
Support independent journalism today. You rely on WFYI to stay informed, and we depend on you to make our work possible. Donate to power our nonprofit reporting today. Give now. 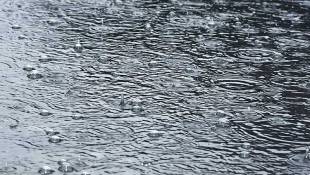 The National Weather Service expects that significant flooding will develop along the Muscatatuck, White and East Fork White rivers in southern Indiana by the weekend.