INDIANAPOLIS -- Indianapolis' downtown Cultural Trail is the city's most-used recreation path. And it's leading to increases in business profit and property values along it.

The Indiana University Public Policy Institute studied the trail's impact. It found that the total value for properties along the cultural trail has risen more than $1 billion since trail construction began 2008.

More than half the businesses along the trail reported more customers and profit. Users of the trail told the institute they feel safer in downtown Indy since the trail went in.

The eight mile-long Cultural Trail was completed in 2013.

Tags:Indianapolis Cultural TrailIndiana University Public Policy Institute
Support independent journalism today. You rely on WFYI to stay informed, and we depend on you to make our work possible. Donate to power our nonprofit reporting today. Give now. 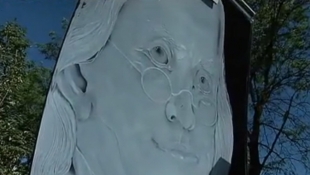 Together in Peace: The Making of the Eugene and Marilyn Glick Peace Walk

On June 30, 2010, the landscape of downtown Indianapolis changed with the dedication of the Glick Peace Walk. This major public art display, running along Walnut Street, on the north side of the Scottish Rite Cathedral, is a significant development... 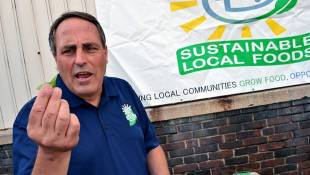 A contract with grocery store Kroger is the reason behind Ohio-based Sustainable Local Foods expanding into Indiana.