Three central Indiana teachers unions are suing the state over a new law they say violates teachers’ constitutional rights to free speech. Senate Enrolled Act 251 requires teachers to opt in every school year via a consent form and then again by email to have union dues automatically deducted.

The complaint seeks an injunction from a federal district court. It states the new law would interfere in existing collective bargaining contracts between unions and school districts. Plaintiffs said the new authorization process will be an onerous burden on teachers, schools and unions.

Groups who advocated for passage of the contentious law in the Indiana General Assembly said it gives teachers more rights by allowing more opportunities for them to opt out of union dues. They also pushed for a provision in the law that dictates specific language must be delivered to teachers saying in large bold font that they do not have to join the union.

Federal judge Debra McVicker Lynch on Thursday granted an expedited briefing for the case, with both parties needing to file additional documents with the court by June 28.

Tags:lawsuitteachersunionsfederal court
Support independent journalism today. You rely on WFYI to stay informed, and we depend on you to make our work possible. Donate to power our nonprofit reporting today. Give now. 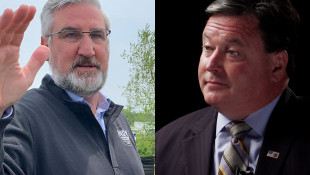 Attorneys For Holcomb, Rokita Square Off In Court Over Emergency Powers Lawsuit

Attorneys for Gov. Eric Holcomb and Attorney General Todd Rokita faced off in court Wednesday over an emergency powers lawsuit.

Lawsuit Against Indiana Seeks To Keep Federal Unemployment Benefits Around

Indiana legal groups said the state is violating its own law which says it must give citizens all rights and benefits of federal laws. 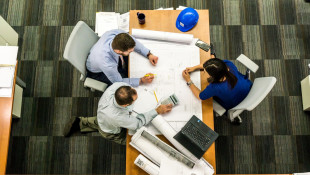 The study showed more than half of respondents had observed workplace misconduct at least once and about two-thirds of those workers said they experienced retaliation for reporting it.